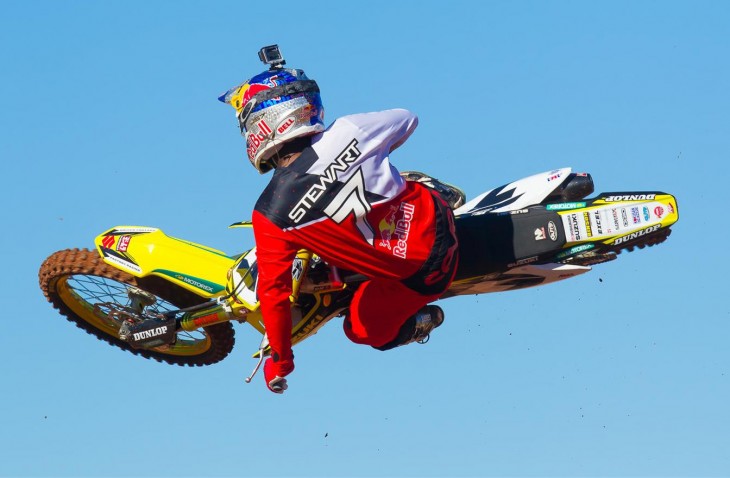 It was back in 2001 when we wrote an opinion piece expressing concern about Travis Pastrana’s continual racing despite a series of concussions, as well as the impact that it could have on fans of the sport of motocross. Truth be told, motocross/supercross riders, football players, hockey players and other participants in sports resulting in occasional or frequent head injury tended to ignore concussions, and quickly jumped back onto the playing field (track/rink) even after suffering a concussion severe enough to cause a period of unconsciousness.  That was then, this is now.

If you pay attention to the news at all, you are aware that the NFL, and football in general, have players who frequently suffer concussions (or subconcussive injuries). Also in the news recently, BMX legend, and multi-time X Games gold medalist Dave Mirra committed suicide. Mirra, as you might expect, like many other high level BMX stunt riders (remember the X Games half-pipe?) had his share of concussions, some of them undoubtedly quite severe. The fear now for any athlete engaging in a sport that results in several concussions over the course of a career is the development of a disease known as CTE (Chronic Traumatic Encephalopathy).

CTE and the NFL are the subject of a new, popular Hollywood movie staring Will Smith titled, quite simply, “Concussion”. CTE ” is a progressive degenerative disease of the brain found in athletes (and others) with a history of repetitive brain trauma, including symptomatic concussions as well as asymptomatic subconcussive hits to the head.” Follow the link  to learn more detail about what CTE involves, or go to the movies and watch “Concussion”, but understand that CTE can lead to several significant cognitive problems including, among others, depression and progressive dementia.

Did CTE lead to Dave Mirra committing suicide? Possibly (at least one of his friends thinks brain trauma might have been a factor), but it is more clearly a factor in some NFL player suicides, including that of Junior Seau. Fortunately, an awareness that concussions should be taken seriously has developed not only in football, but in motorcycle racing, as well. Consider the case of James Stewart.

As we reported, Stewart suffered a concussion early in round 1 at the Anaheim Supercross on January 9, and has yet to complete a supercross main event as the series heads into round 7 at Arlington, Texas next weekend. Stewart attempted to race the main event at Oakland (round 4) on January 30, but quickly pulled off because he didn’t feel he was ready to come back. You can see a video of Stewart below discussing how he currently feels (the video was taken a few days ago) close to 7 weeks after the injury. He is not committing to racing next weekend in Arlington, Texas, but that appears to be a possiblity.

We think both Stewart and his team (Yoshimura Suzuki Racing) are taking a responsible approach to dealing with the serious concussion Stewart suffered well over a month ago. As we said, this was rare for athletes in general (including motorcycle athletes) at times in the past, but we hope other teams and athletes will follow the example set by Stewart and Yoshimura — recognizing that concussions are a serious injury that can require adequate time for healing before further participation in a sport.