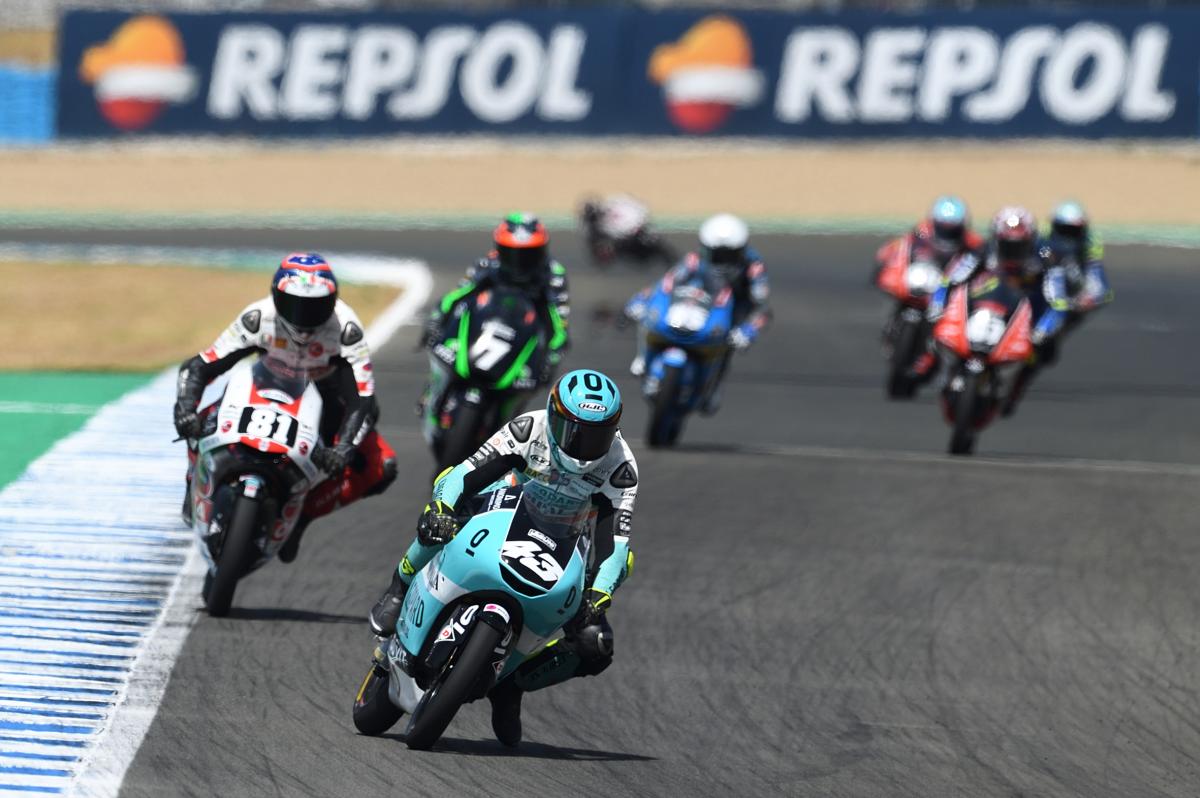 FIM CEV Repsol returned to action in Jerez after more than 6 weeks away from the track! In the Moto3™ Junior World Championship, Xavi Artigas (Leopard Impala Junior Team) was victorious, choosing the perfect time to pick up his second win of the season and capitalise on a late crash from Championship rival Pedro Acosta (Team MT-Foundation 77). In the European Moto2™ Championship, Yari Montella (Team Ciatti – Speed Up) once again showed that he was the class of the field, taking his 5th win in 5 races in 2020. In the Hawkers European Talent Cup, David Alonso (Openbank Aspar Team) was finally knocked off the top in 2020 after he finished 2nd in Race 2 to maiden winner Marco Morelli (Talent Team Estrella Galicia 0,0), but that was only after Alonso had won the first HETC race of the day earlier on.