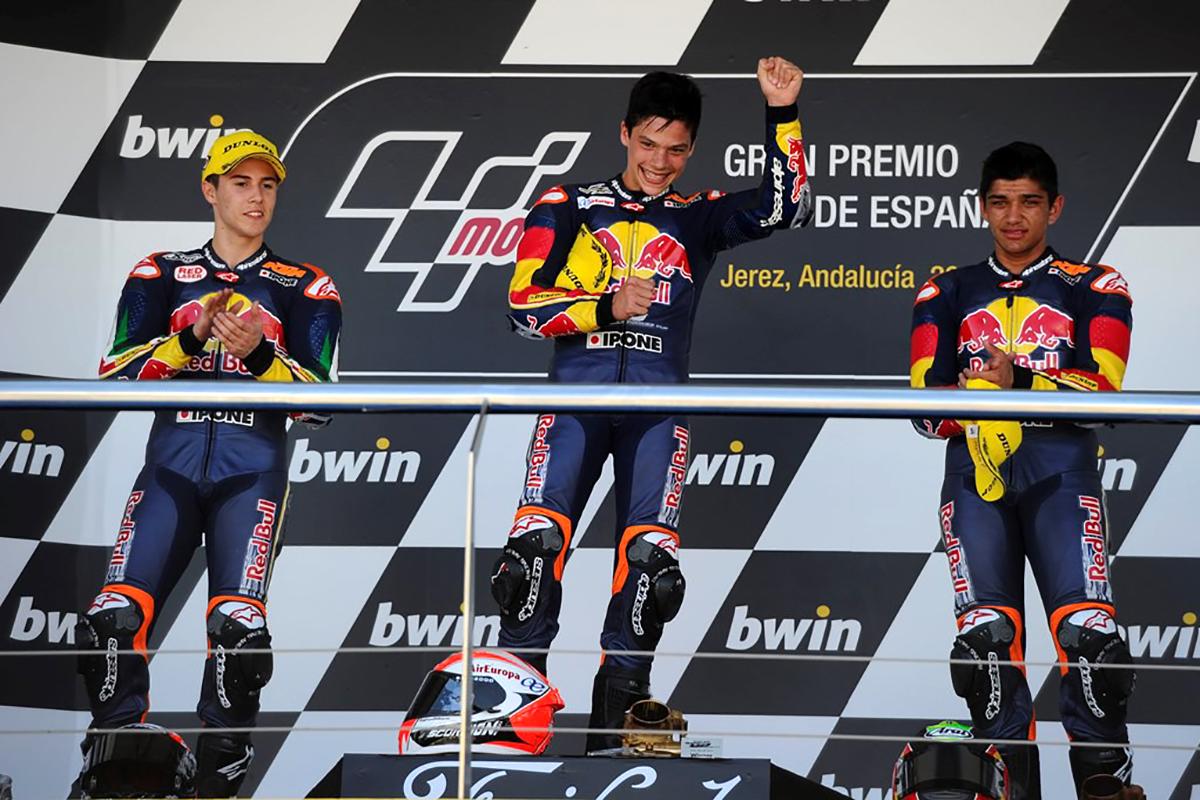 The same could be said of Brad Binder (Red Bull KTM Factory Racing), another rider who forged his reputation in the Red Bull MotoGP Rookies Cup. Like Oliveira, the South African -5th in the Road to MotoGP ™ program competition in 2010- has been part of the Red Bull KTM family since his time in Moto3 ™. A partnership which is already reaping rewards at the top level. Number ’33’ was even crowned world champion of the light category in 2016 and, after a competitive stint at Moto2 ™, his start could not have gone any better in the premier class, leaving his mark in the early rounds, earning his first victory at Brno in just his third race, where he has found himself in elite company as a rookie to win a MotoGP ™ race alongside the likes of Dani Pedrosa, Jorge Lorenzo and Marc Márquez.