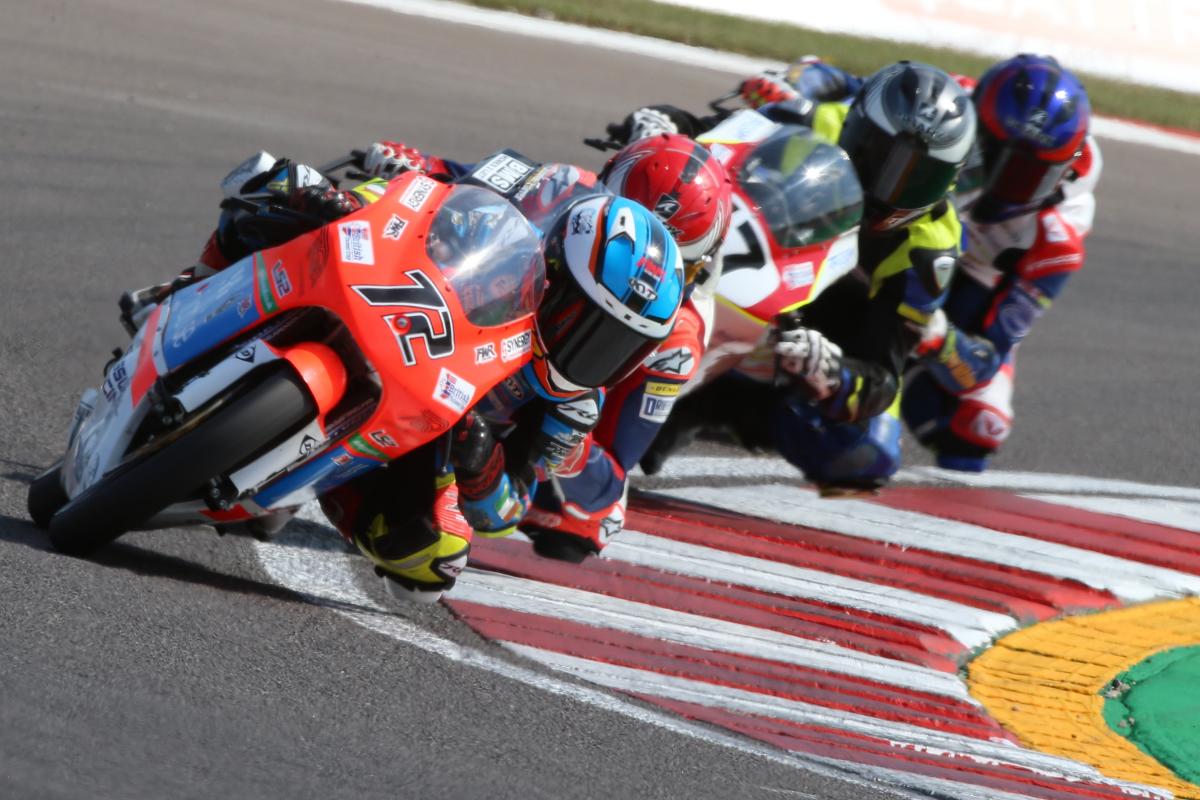 That left O’Gorman almost lonely in the lead, but as the drama for Claridge rolled on, O’Shea was cutting the gap. With only a handful to go it was a definite duel for the win, but then another incident further down the pack suddenly brought out the Red Flag – and that was that. With most of the race run, the result was counted back a lap and stands, keeping O’Gorman’s 100% winning record – when finishing – intact. O’Shea lost the chance to fight it out but the second place puts him into the lead in the standings as he makes consistency his calling card, with Farrer was the man on top in the melee for third when the race was stopped.