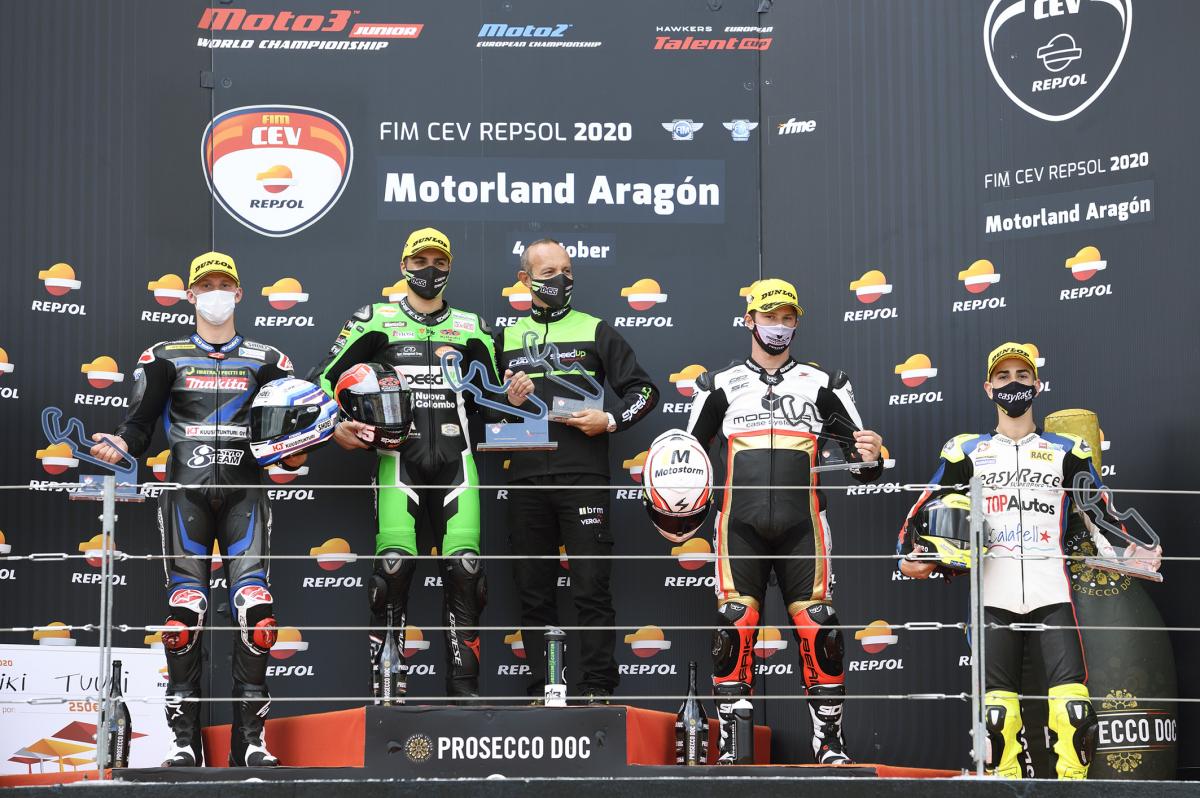 In Race 2, Guevara embarked on another rescue mission from the eighth row but the race almost ended in tears after a collision with team-mate Daniel Holgado (Openbank Aspar Team) with both running wide at Turn 12. Guevara recovered to set up a last lap showdown with Artigas, where the 16-year-old prevailed in a photo finish to close the gap in the championship, now trailing his compatriot by just 10 points. David Salvador (Cuna de Campeones) returned to the podium for the first time since Portimao in third, with Holgado promoted to fourth after Garcia was demoted one position for exceeding track limits on the final lap.