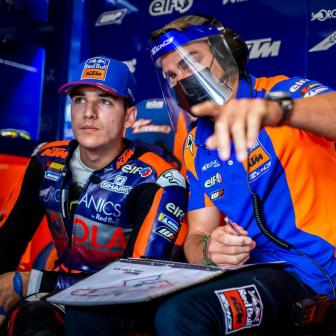 In the factory Ducati Team, both Jack Miller and Francesco Bagnaia bring with them their crew chiefs from their time in the Pramac Racing squad. Christian Pupulin will be by the Australian’s side, whilst Christian Gabbarini returns to the factory box, this time with Bagnaia, after working alongside Jorge Lorenzo during his time at the Bologna brand.