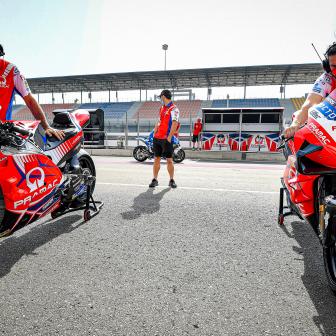 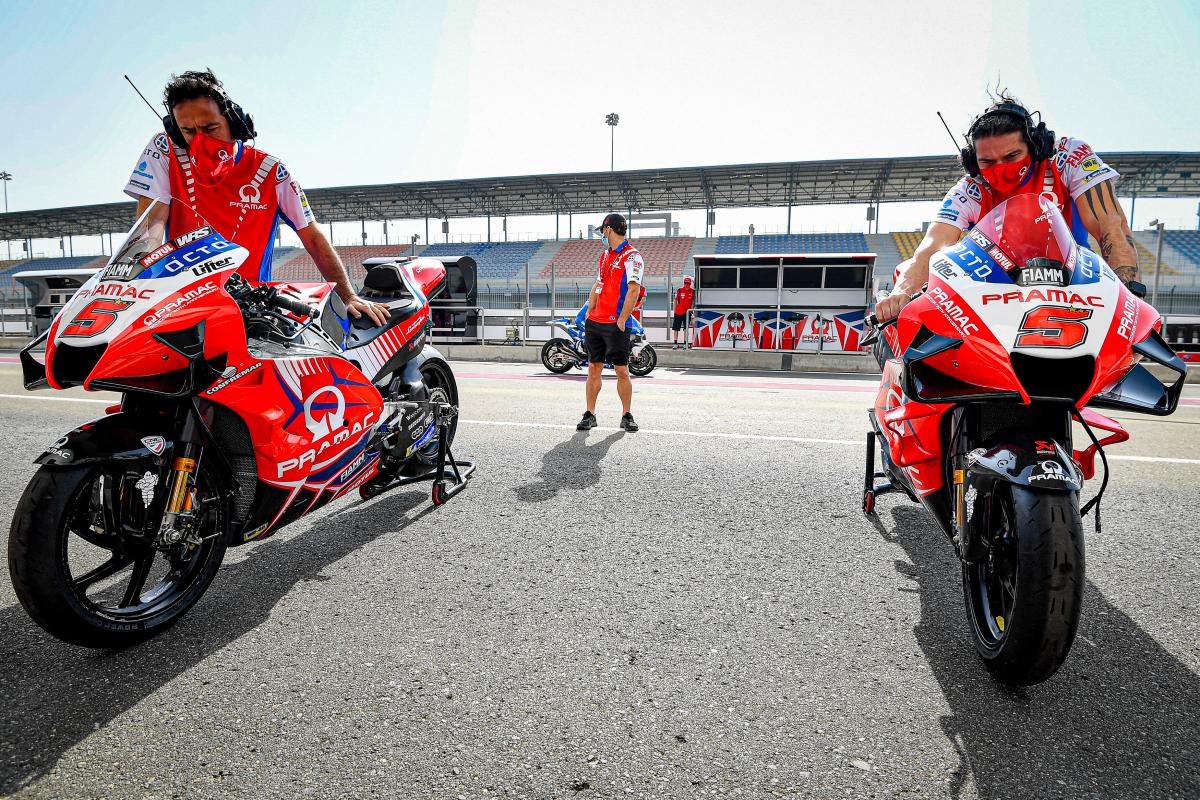 Luca Marini (SKY VR46 Avintia) has had his first taste of MotoGP™ Ducati power, the rookie ventured out for three laps but didn’t set a competitive time. This was just before the red flags came out because of a broken air fence, nobody crashed, the fierce winds causing havoc and causing some damage. As the green flags came out, reigning Moto2™ World Champion Enea Bastianini (Avintia Esponsorama Racing) and Jorge Martin (Pramac Racing) began their MotoGP™ journeys by heading out of pitlane, the former thankfully able to get to Qatar after initially returning an inconclusive PCR test.