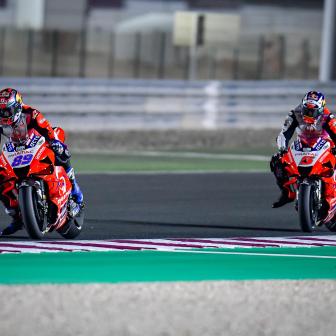 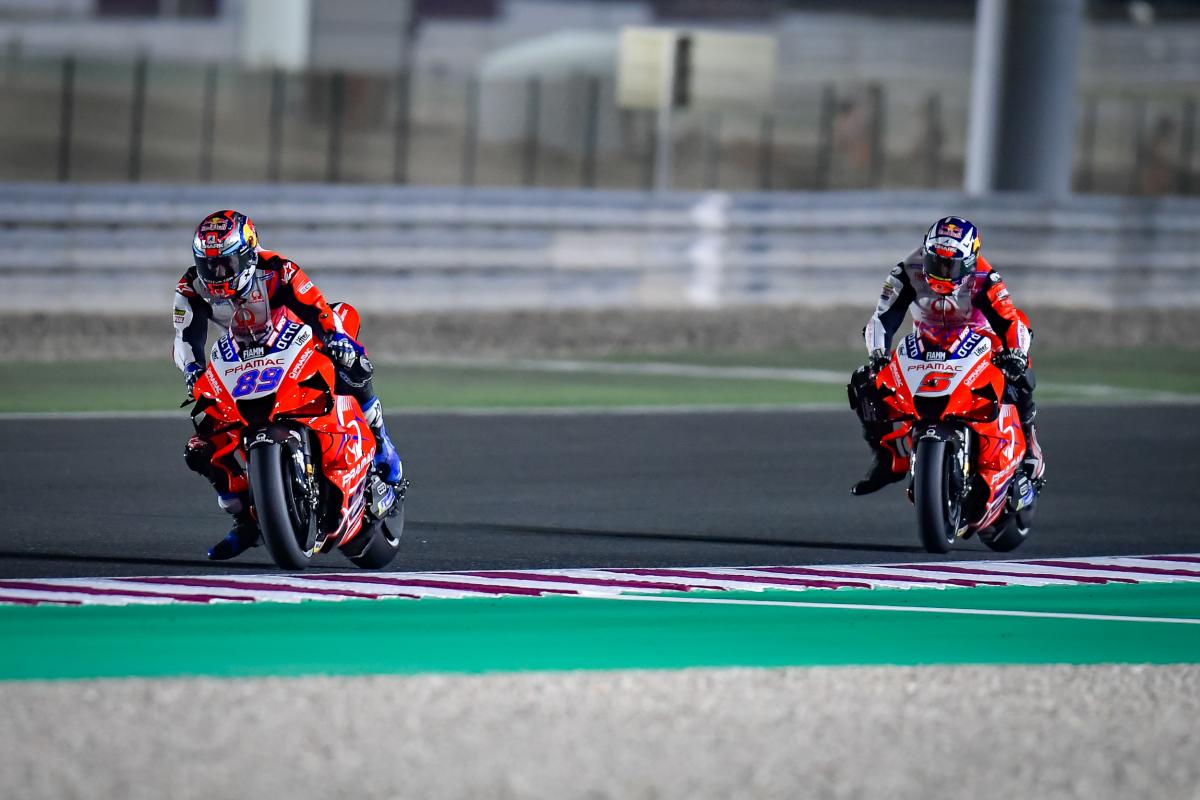 Ultimately, nothing could be done about Quartararo in the closing stages. The same as nothing could have been done about Viñales seven days prior. But heading onto the last lap, the Pramac Racing boys – baring a disaster – had sealed a podium as the pack split. Now, it was Martin vs Zarco. Turn 15 saw the Frenchman make his move, clean as a whistle on his teammate, and although incredibly tempted, Martin kept a serene and mature head at the final corner. A P2 and P3 double podium was secured for Pramac Racing, two in a row for Zarco and a sensational first in the premier class for Martin. Again, Pramac had beaten the factory Bologna bullets at Losail. Just like Petronas Yamaha SRT last year, the satellite teams and riders proved they have the power to upset the odds.