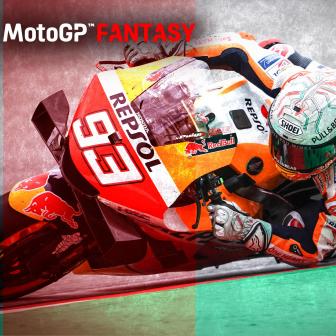 It’s the first time Fantasy players will tackle the Sachsenring, so who should be in your thoughts for the German GP?

After a year away from the glorious Sachsenring, MotoGP™ is back on German soil in 2021 for the Liqui Moly Motorrad Grand Prix Deutschland as Fantasy players get set to tackle the classic venue for the first time.

Last time out in Barcelona

After a weekend off, let’s have a quick recap about who notched up the points at the Catalan GP. Below was the best team you could have boasted at the Circuit de Barcelona-Catalunya:

Unsurprisingly, race winner Miguel Oliveira (Red Bull KTM Factory Racing, 2.3m) scored the most points with 38. If you kept hold of your Johann Zarco (Pramac Racing, 3.6m), Jack Miller (Ducati Lenovo Team, 3.5m) and the Bologna factory as a manufacturer, then you’ll have been rewarded with a nice haul of points, as another applaudable Sunday outing from Joan Mir (Team Suzuki Ecstar, 3.7m) earned the reigning World Champion the fourth highest points.

Eyes on Germany: should we bring in (or keep) King of the Ring Marc Marquez?

The question probably on every player’s lips. Repsol Honda Team’s Marc Marquez (2.7m) admitted he ‘felt like Marc’ on Sunday at the Catalan GP, and things are looking up for the eight-time World Champion as he continues to recover from his 2020 season-ending injury.

The Sachsenring is the number 93’s fortress. He’s won the last 10 races – in all classes – in Germany, unbeaten since 2010. In normal circumstances, Marc Marquez would be a must-buy this weekend, but these aren’t normal circumstances. A not fully fit Spaniard, coupled with a troubled RC213V means caution is needed when bringing in Marquez, and as always, you should wait until FP4 is over until you make your final decision.

Basically, if you’ve got Marc Marquez in your team, then definitely keep him for now. If the HRC star isn’t on form this weekend, for one reason or another, then it might be alright to sell or bring in an alternative rider. But this is his stomping ground, so wait and see how he’s performing in Free Practice before selecting your team.

Who else should we be looking at buying?

After a P2 and P1 at Mugello and Catalunya, Oliveira should be on your radar if you don’t yet own the Portuguese rider. Oliveira has accumulated 73 points over the last three GPs, a tally bettered by just four riders, as he and KTM find some terrific pace ahead of the German GP.

Second in the Championship Zarco is the man in form Fantasy wise. Over the last three GPs, the Frenchman has racked up the most points of anyone – 93 – and has scored four podiums so far in 2021. Ducati’s GP21 title-chasing trio look to be going well everywhere this season, so players who have Zarco, Miller and/or Francesco Bagnaia (Ducati Lenovo Team, 3.2m) can expect to enjoy some more success, albeit at a unique and twisty Sachsenring. See how the trio performs in Free Practice before drawing conclusions on your teams, but Ducati seem to be a strong pick this year, especially with the way Zarco and Miller – who is the third highest point scorer in the last three (83) – performed in Barcelona.

Back the Yamahas and Suzuki’s at the Sachsenring?

With Marc Marquez and Honda being so dominant at the Sachsenring over in the last 10 years, as well as missing the GP last season, it’s difficult to predict what manufacturer will be fastest this weekend. The nature of the track – plenty of twisty bits, coupled with some fast corners – leans towards favouring Yamaha and Suzuki’s inline-four bikes.

World Championship leader Fabio Quartararo (Monster Energy Yamaha MotoGP, 4.0m) is the most picked rider in the game. And for good reason. If it wasn’t for a bizarre situation with his leathers in Barcelona, then it looked like another podium would have been bagged for the Frenchman. Despite the mishap and subsequent penalties that demoted Quartararo to P6, he’s the rider with the most points this season – 198, 22 ahead of Zarco and Bagnaia – and has the second most points accumulated over the last three (86). If you don’t yet own Quartararo, then you’re brave.

Between Morbidelli, Mir and Maverick Viñales (Monster Energy Yamaha MotoGP, 2.8m), as well as Quartararo, there’s a good mix of riders and machines that – on paper – should go well at the Sachsenring. Valentino Rossi (Petronas Yamaha SRT) at 1.4m could be a cheap, outside pick for this weekend if The Doctor shows promising signs in Free Practice.

After KTM’s resurgence since Mugello, Brad Binder (Red Bull KTM Factory Racing, 2.6m) could be a dark horse this weekend. The South African has scored 22 points more than teammate Oliveira so far this year, and will be keen on standing on the rostrum for the first time since his famous 2020 Czech GP victory. At 1.8m, Aleix Espargaro (Aprilia Racing Team Gresini) might also be worth a shout if you’re fancying going a bit different. The Spaniard and Aprilia have shown great form so far in 2021, there’s no reason why it can’t continue at the Sachsenring.

Remember, the deadline to get your teams locked in for the German GP is just before MotoGP™ Q2 gets underway at 14:10 local time (GMT+2). Good luck!