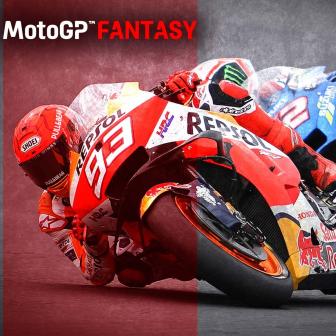 This weekend sees MotoGP™ return to Austin – a happy hunting ground for the number 93, but there are others in the mix too

With just four races of the 2021 season to go, it’s crunch time in the MotoGP™ World Championship chase. But that means it’s also the business end of the MotoGP™ Fantasy season, with everyone aiming to get the better of their rivals before the chequered flag waves on Sunday afternoon in Valencia.

The next instalment for Fantasy players is a new one. Round 15 will see the riders and teams tackle the Circuit of the Americas, as MotoGP™ heads back to Austin for the first time since April 2019. So, who are you backing to claim some mega points hauls at COTA?

It’s been a rollercoaster 2021 for the eight-time World Champion. But, at circuits he’s been ferociously quick at in years gone by, Marc Marquez has been a leading contender. The Spaniard won at the Sachsenring – making it 11 wins in his last 11 visits to Germany – and took P2 at MotorLand Aragon, acting as the only rider to stay in the same postcode as Francesco Bagnaia (Ducati Lenovo Team, $3.7m).

As a six-time COTA winner, the trend may well continue this weekend. The number 93 should be on everyone’s radar – if he’s not already in your teams of course. The physical demands that COTA’s long, technical layout presents will undoubtedly take their toll on the not yet fully fit 28-year-old, but that doesn’t stop Marquez from heading to Austin as one of the favourites.

Team Suzuki Ecstar’s Rins has endured a tougher than anticipated 2021 campaign, with his second place at Silverstone sitting as his solitary podium so far. However, opportunity knocks at COTA for Rins. The Spaniard fended off Valentino Rossi (Petronas Yamaha SRT, $1.4m) for his maiden MotoGP™ victory in 2019, while Rins also bagged his first Moto3™ victory in Austin – as well as his first Moto2™ podium.

Clearly, it’s a track Rins likes. With options such as Marc Marquez, Bagnaia and Fabio Quartararo (Monster Energy Yamaha MotoGP, $4.5m) available though, it’s tough to fit every rider you want into your team. But Rins could be a serious threat this weekend if history is anything to go by. Maybe the number 42 could be that differential option that sees you rise up your Leagues…

Quartararo and Bagnaia – the title contenders

Winner of the last two races, Bagnaia is doing all he can to reel in World Championship leader Quartararo. The Frenchman’s advantage heading to Austin is a healthy 48 points, but COTA is relatively unfamiliar territory for the duo on MotoGP™ bikes. That, though, shouldn’t matter. Quartararo (399) and Bagnaia (345) are the leading Fantasy points scorers this season, and it’ll come as no surprise to anyone if they’re the riders to beat in Austin.

If one or neither is in your team, this could well be the priority. Free Practice should give a good indication as to where the top two in the Championship sit in terms of pace, and if it’s anything like we’ve seen so far this season, the duo could be very hard to beat.

3rd at the 2019 Americas GP, Ducati Lenovo Team’s Miller could be a shrewd selection this weekend, especially if you put him in the Gold set-up of your teams. The Australian is the third most picked rider behind Quartararo and Bagnaia, so he’s proving popular this season, but that doesn’t mean a good result for Miller won’t help you climb your Leagues. There’s Motul300V Boost to think about too – if you have any left – with just four races to go, so going for someone like Miller over some aforementioned riders could work wonders.

Make sure you keep an eye on the time schedule for this weekend and work out when you need to get your Americas GP teams done, as well as watching every session to give you all the info you need to make the right decisions. These are just a few tips on who to look out for this weekend, don’t be afraid to back who you want to. After all, this is MotoGP™, anything can happen.