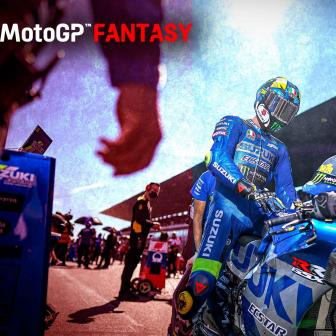 It is make or break time in MotoGP™ Fantasy, with a double header proving crucial as gamers vie for some incredible prizes ahead of the season’s end. We’ve just about had time to reflect on the action from the Algarve GP as we head into the 2021 finale in Valencia this weekend, and with that in mind, we take a look at how things are shaping up in MotoGP™ Fantasy.

Who made the Algarve GP Dream Team?

He’s the form rider of the Championship, so it is absolutely zero surprise to see Francesco Bagnaia (Ducati Lenovo Team) top the standings from Round 17 in Portimao. The Italian picked up 40 points thanks to a combination of pole position, victory and for setting the race’s fastest lap.

Joining Pecco at the top of the standings is Joan Mir, the Team Suzuki Ecstar rider returning to the podium at the Algarve GP. That result combined with a P3 start and advancing his grid position means the Mallorcan took home 30 points for his owners.

If you took a gamble on an LCR Honda rider, then you would have picked up plenty of differential points. Alex Marquez (LCR Honda Castrol) took home 24 points in Portimao after a P4 finish, but it was teammate Takaaki Nakagami who proved better value. The Japanese rider started at the back of the grid but put in a brilliant Sunday ride to climb to P11 and pick up 27 points along the way.

Rounding out the weekend’s Dream Team is Jack Miller with 25 points. The factory Ducati rider was back on the podium in the Algarve, making it four rostrum finishes in his last five Grand Prix.

Who topped the Constructor standings?

With two of their factory riders on the podium, Ducati stood head and shoulders above the competition as Bagnaia and Miller brought 32 points in for managers who selected the Bologna bullets as their constructor. It completed an excellent weekend for the Italian manufacturer as they also took home the 2021 MotoGP™ Contructors’ Championship.

What about the action in Valencia?

All roads lead to the Ricardo Tormo Circuit for the final Grand Prix of the weekend, and even though the 2021 Championship is wrapped up, there’s still plenty to play for come lights out for MotoGP™ Fantasy gamers, so who should be under consideration for your team?

With three wins from five, Bagnaia looks a must-have. The number 63 has been averaging 25.4 points per Grand Prix. There is a caveat with the Championship runner up though, as Bagnaia has only managed to crack the top 10 once in Valencia, back in 2017 in his rookie Moto2™ year. Pecco’s teammate Miller also represents good value. The Aussie is back in podium form while he has some fond memories in Valencia, recording top three finishes on two of his last three visits to the Ricardo Tormo Circuit.

If we’re looking at recent history, then Mir looks an excellent option. Coming into form once again, the former World Champion stood on the top step of the podium this time last season for his only premier class victory, and may represent a good bet for your Motul 300V boost should you have one remaining.

If you’re looking for a differential, then it may be best to judge riders’ Free Practice form before casting a final judgement on your picks. With that in mind, we recommend keeping an eye on the Hondas, with the RC213Vs looking to have found some form during the tail end of 2021 despite the continued absence of Marc Marquez (Repsol Honda Team).

Can I still win prizes?

Yes! There’s still plenty to play for even if you aren’t at the top of the table. Gamers who come out on top of the final round will be in with a chance of taking home tickets to a Grand Prix in 2022 or VideoPass subscriptions, as well as some product packs thanks to Motul.