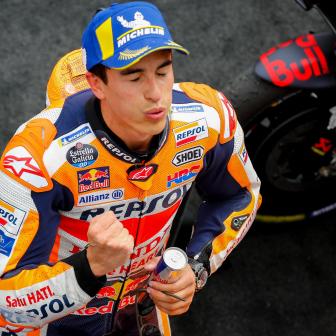 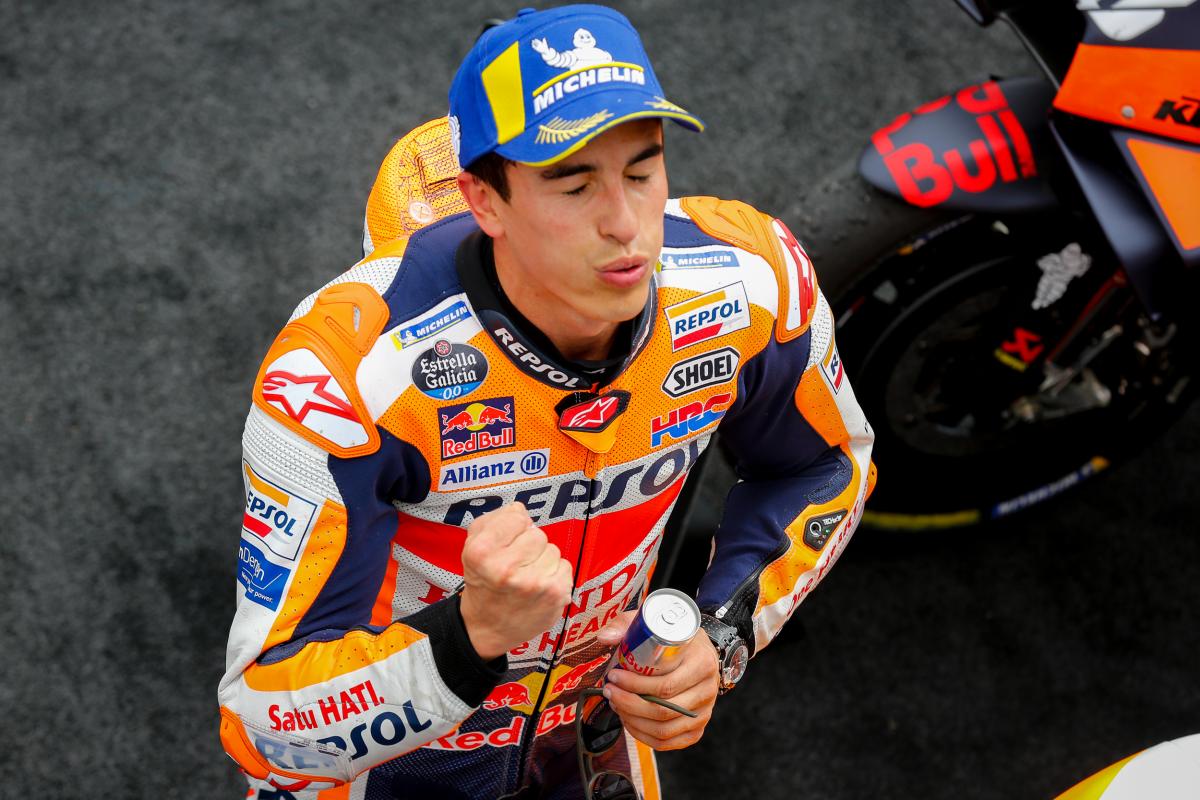 Johann Zarco (Pramac Racing) sat on pole but the Frenchman failed to make that advantage count as he was quickly swallowed up by the chasing pack, which was now led by Aprilia’s Aleix Espargaro. However, it didn’t take long for Marquez to make his mark, rolling back the years to take control of the race by the close of the second lap. Catalan GP victor Miguel Oliveira (Red Bull KTM Factory Racing), who was impressive once again, and Fabio Quartararo (Monster Energy Yamaha MotoGP) were in pursuit of the RC213V, but they were powerless to resist a rider who had found his groove again. Even the rain couldn’t stop Marquez, with the number 93 ending a 581-day wait to stand on the top step of a MotoGP™ podium once again and remain undisputed of King of the Ring.