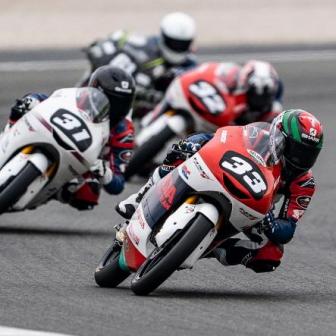 The line-up for the 2022 Junior Talent Team can now be announced! Two new faces will join the team next season, creating a four-rider line-up comprised of Idemitsu Asia Talent Cup and Honda British Talent Cup alumni. Promoting and providing opportunities for young talent from different paths on the Road to MotoGP™, the JTT unifies four team names under the same umbrella and unites the efforts of Dorna Talent Promotion initiatives, as well as the sponsors and partners who provide important backing to young riders and teams. Next season, the project will once again count on the valuable support of Honda, Kushitani, Astra Honda and AP Honda as the following four riders compete in the FIM Moto3™ Junior World Championship: