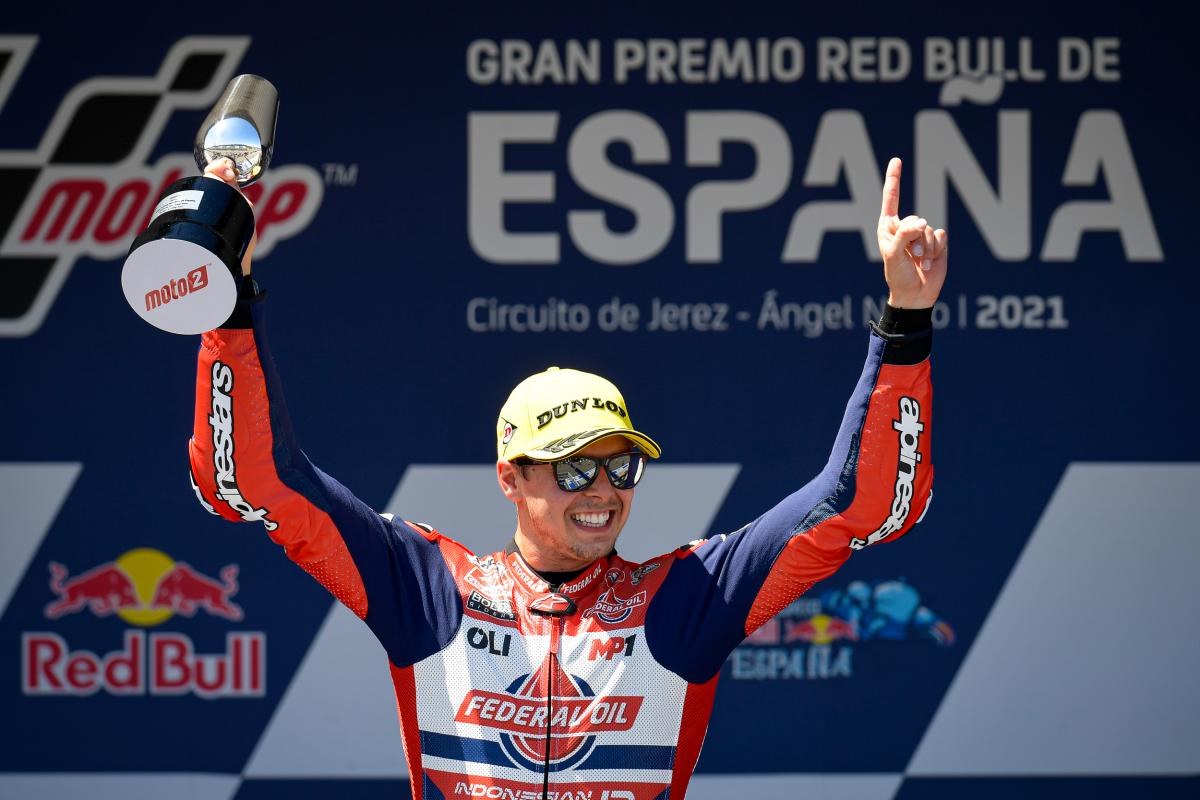 While he may not have pocketed the Championship, he certainly caught the eye as he was quickly snapped up by Gresini Racing for the 2016 Moto3™ season, as well as debuting with the side at the Valencia GP. Di Giannantonio took some time to get used to his new Honda, failing to crack the top 15 in the first five races of the season. However, it was a different story for the sixth race of the season, storming to a P2 finish in Mugello and kickstarting a memorable season for the rookie Italian. Two more podiums followed, as well as a glut of top six and top ten results as he finished sixth in the Championship.