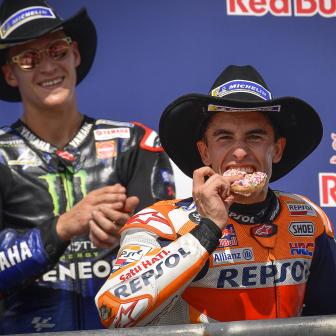 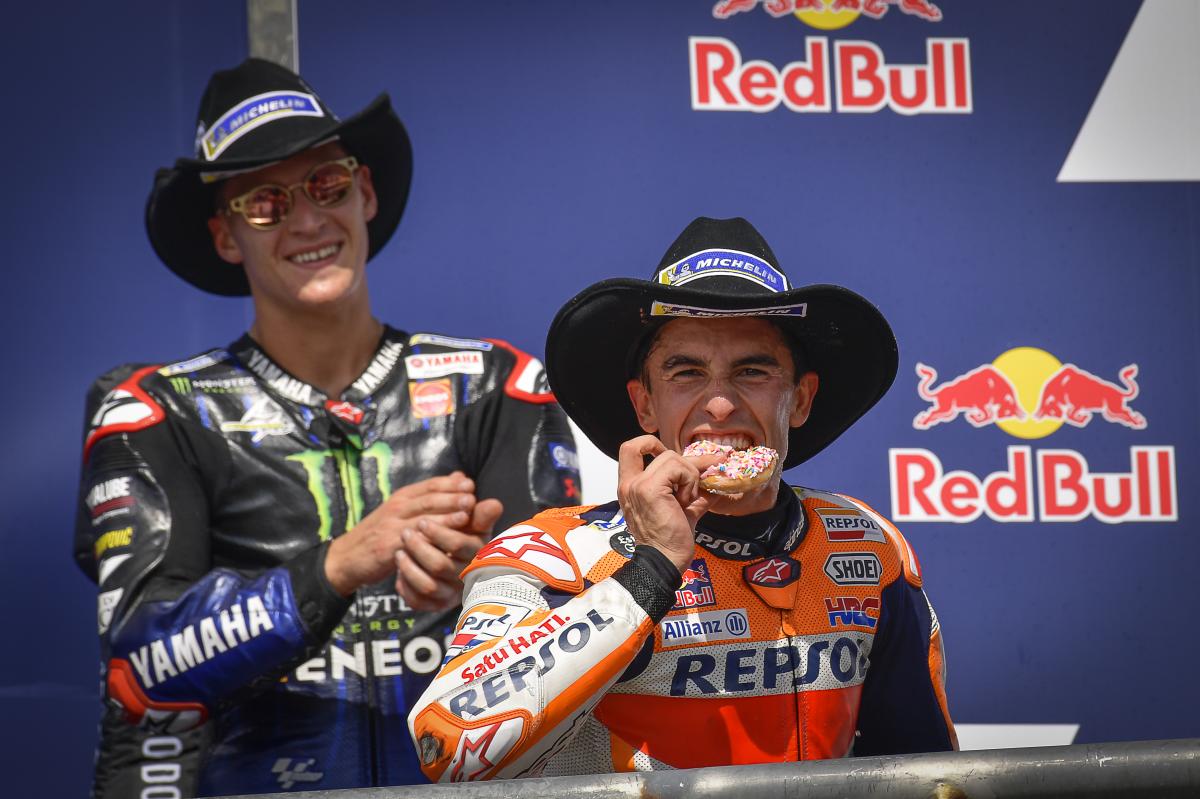 The eight-time World Champion was able to dominate proceedings on a track he’s been pretty much untouchable at ever since we first visited Austin in 2013. The number 93 went on to claim his seventh win in Texas, his second of the season. Fabio Quartararo (Monster Energy Yamaha MotoGP) took another giant step towards the title by finishing P2, 4.6s off Marquez, with Bagnaia falling back to over 50 points behind the Frenchman with a third place finish.