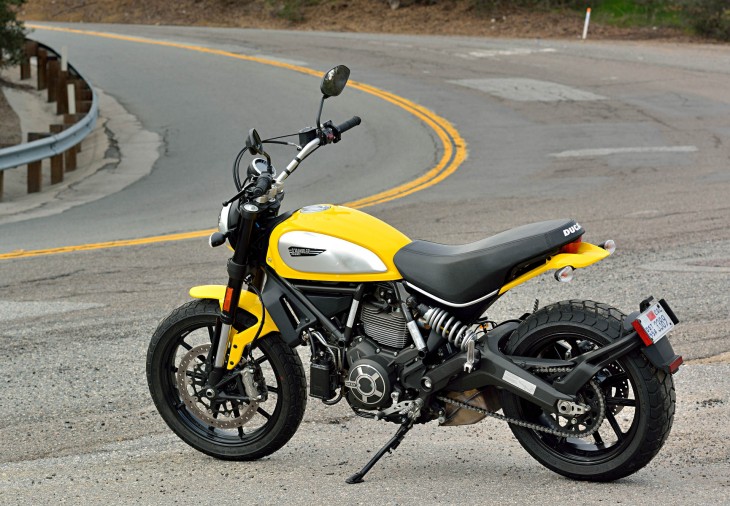 We decided a while ago not to draw attention to every “teaser” released by a motorcycle manufacturer in anticipation of a new model. Don’t expect that to change.  There are just too many.

We do report rumors, however, from time-to-time, and this looks like this has gone beyond the rumor stage.  Expect Ducati to announce one or more new models falling within its Scrambler family on November 16 in Milan. Scrambler social media sites are hinting at at least one new member of that family, which currently consists of the Scrambler Icon model we previously tested and its 803cc v-twin siblings, the Full Throttle and the Urban Enduro.

The current Scrambler models are selling well, and we expect the new model, or models, to fall in at a lower price point and lower displacement (perhaps, in the form of a single cylinder engine). The “Bart and Betty” promotion and the “Low Speed Excitement” video posted below apparently relate to this rumor.

Since we are already able to identify several of the nine new models Ducati says it will unveil on November 16, much of the pizzazz associated with that unveiling has been lost. 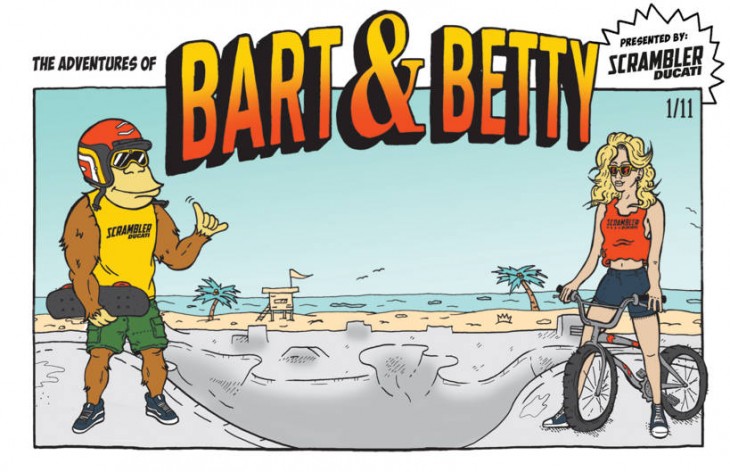