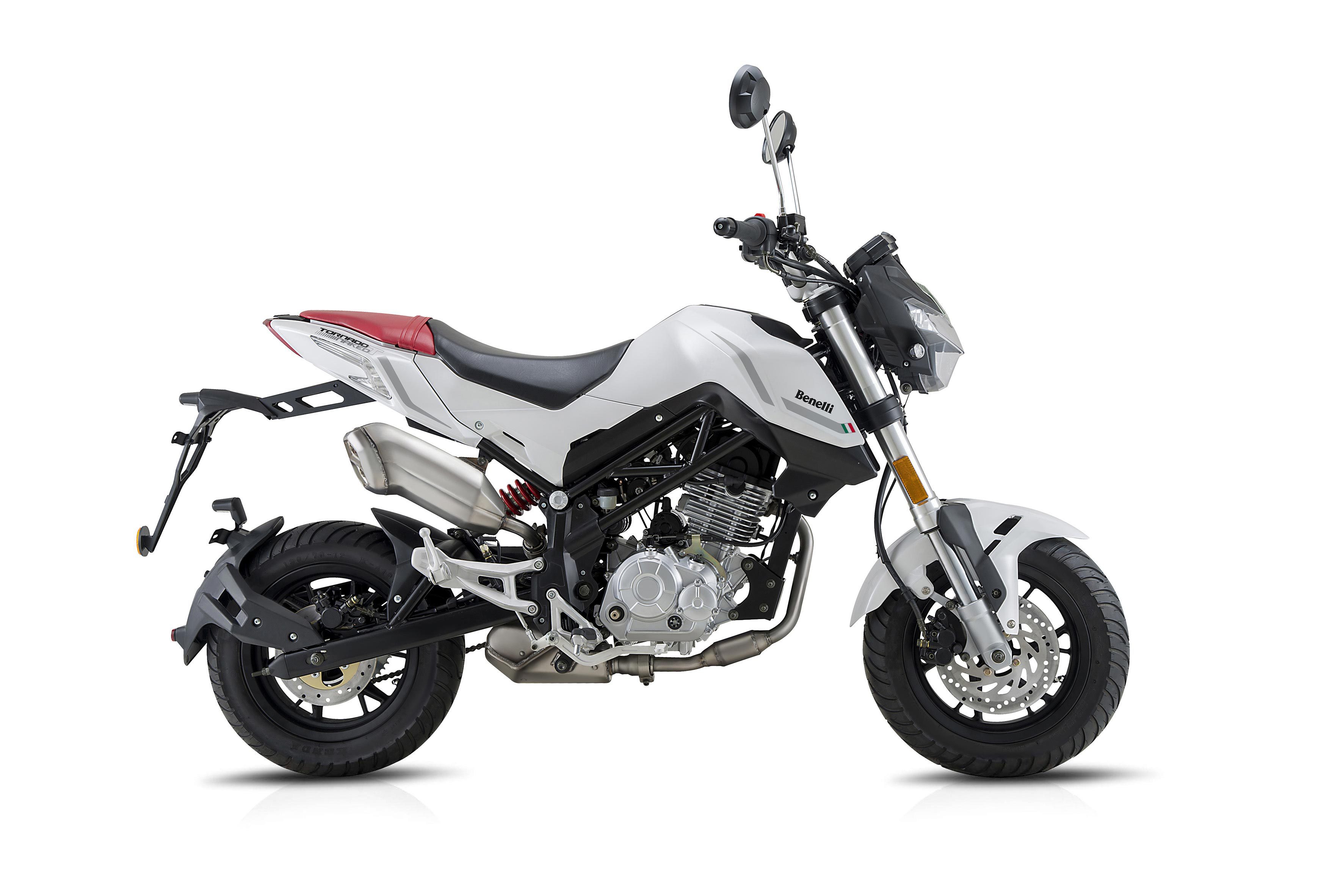 The Honda Grom has been a sales success that no one saw coming. But in true Honda fashion, the adorable monkey bike wormed its way into our hearts, and has been flying off dealership floors ever since.

A domain that’s normally dominated by Asian manufacturers, namely the Chinese, it is perhaps not surprising then that we see the Benelli Tornado Naked T breaking cover at the 2015 EICMA show.

Available in either a 125cc or 135cc air-cooled, four-valve, dual-spark, single-cylinder format (like there’s really a big difference between the two), the roughly 12hp machines are a stylish alternative to the Grom’s…gromness.

Benelli is of course trying to capitalize on the name of the Benelli TnT, a streetfighter unlike no other (in both a good and bad sense of the phrase), here with the Tornado Naked T.

That raises our hairs a little bit, but this pocket rocket does seem like it would be a fun grocery-getter, pit bike, or backyard hooligan machine.

With 12″ wheels, upside down forks, and a rear shock with preload adjustment, the 2016 Benelli Tornado Naked T is certainly worth looking at. We’ll know more on pricing when things get closer to is “second half of 2016” release, though Benelli says it will be competitive.