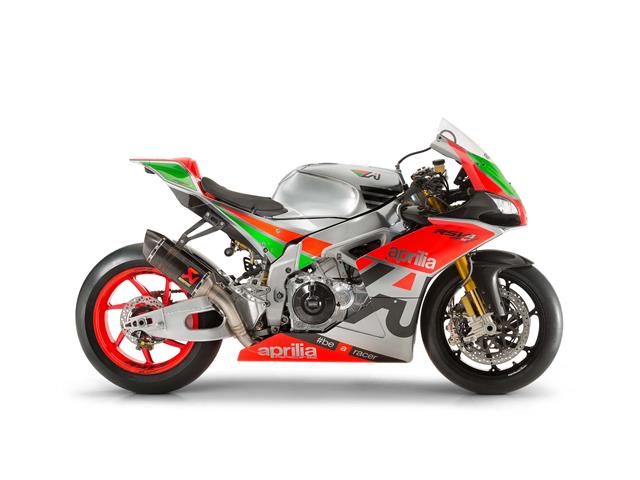 For all those who reckon they could do better than Leon Haslam, Aprilia is giving you the chance to prove it. The company is flinging open the doors of its hallowed race department to you and me, giving everyone the chance to own a dedicated race bike in five different stages of trim – depending on your budget, speed and how hard you want to push the envelope.

“The RSV4 racing versions we are presenting at EICMA are, first and foremost, a unique opportunity that Aprilia Racing is making available to those who want to own a real race bike,” said Romano Albesiano, Aprilia Racing Director at the EICMA Show in Milan.

“At the Aprilia Racing Division we worked to pack all the know-how behind the RSV4 into these exceptional bikes: know-how which has made the RSV4 one of the top winning bikes in the history of production-derived bikes. The Superstock Championship victory this year is an addition to seven world titles we’ve won in Superbike. Now all the experience we have acquired through these victories is available to whoever wants to race with our bike: both those who want to participate in championships and those who want to ride a real Aprilia Racing bike on the racetrack. We’re making several levels of sophistication available. This is a racetrack optimised RSV4, from the SSTK version (in every way the bike that dominated the Superstock 1000 FIM Cup) all the way to the top, a full-fledged Superbike”.

The program will create “Factory Works” bikes compliant with Superstock and Superbike Championship regulations in each country, with various levels of preparation in the engine and electric components and with a maximum configuration that exceeds 230 hp.

All versions start with the already exceptional technical base of the Aprilia RSV4 RR.

Want one? Read on below to see what each spec gets you. This has been taken from Aprilia.com: 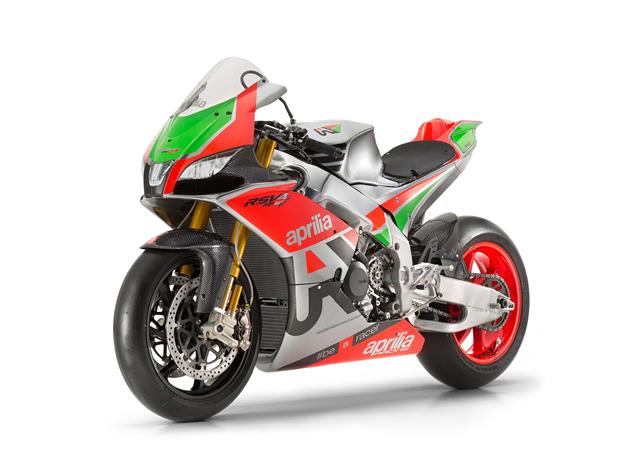 Settings reprogrammed for race use.

APX2 logic unit developed by Aprilia Racing: ignition and engine control parameters may be programmed with the included hand terminal.

Replica of the RSV4 Superbike used by the official Aprilia Racing Team in the SBK World Championship.

Both the bike and the level of assistance may be tailor made in accordance with the budget and ambitions of each rider and team.

It is the best that can be desired and allows one to have a star role in the Superbike World Championship.

The bike presented at EICMA is a demonstration of the level of preparation possible through the “Factory Works” program and is the entry level for the WSBK line.

In true Aprilia Racing style each component has been optimised to offer the best in performance while maintaining elevated overall balance and reliability.

It is a bike that can do well at any competitive level, while remaining “within reach” of enthusiasts who desire an extraordinary bike to exercise their racing skills, knowing that nothing can come closer to the rush felt by SBK World Championship champions.

The Factory Works program will include technical training as part of the price of each model. Such training will provide the information needed to best adapt the model to the rider and track. A test session on the track with Aprilia Racing’s “test team” is also included and will verify the validity of the training provided.

The top witnesses to the exceptional racetrack performance of the Venetian V4 are the riders, of course. Alvaro Bautista rode the Aprilia RS-GP, a bike that has never been shy about its origins as a street-based project, in the MotoGP World Championship this season. The Spanish champion provides an overview: “The RSV4, including the street version, is truly a race bike fit for everyday driving. I’ve tried it and thoroughly enjoyed the experience. The racing versions are bikes optimised for the racetrack and for competitions. What Aprilia is offering riders and advanced enthusiasts is a rare opportunity, a chance to own a real race bike, one that is prepared for championship racing. The V4 is a full-fledged racing engine, one that even we members of the MotoGP team race against pure prototypes”.

Lorenzo Savadori won this season’s SSTK World Championship with the RSV4: “I raced in the Superstock 1000 World Championship with the Nuova M2 Racing team supported by Aprilia this year. My RSV4 RF was prepared by Aprilia Racing itself in compliance with Stock regulations. The standard version of this bike is exceptional in and of itself, but, with Aprilia Racing doing the preparation, the competitive level went up and we won the Superstock 1000 FIM Cup in our debut season! Who better to optimise this engine for a victory in any championship than Aprilia Racing?”