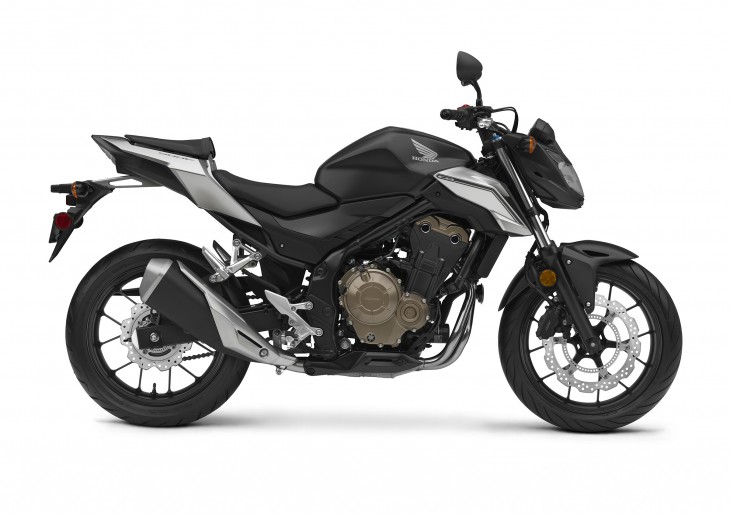 TORRANCE, Calif., Nov. 16, 2015 – At a special media event held in Milan this evening ahead of the EICMA motorcycle show, Honda unveiled the updated CB500F naked sport bike, which gets an aggressive new look and a number of important technical improvements for 2016. At the same time, Honda announced the revised Metropolitan scooter, as well as a number of returning 2016 models. The CB500F’s U.S. unveiling will take place on Friday at the Long Beach, California, IMS show.

“As we near the end of our 2016 model year announcements, we’re pleased to release details on the improved CB500F,” said Lee Edmunds, Manager of Motorcycle Marketing Communications at American Honda. “The CB line has a proud history with Honda, and with sharp new styling, this fun, capable naked bike continues to be worthy of the name. The Metropolitan scooter has been refreshed as well, and the announcement also includes several exciting returning models. We look forward to sharing them with our customers during the IMS show tour.”

CB500F
Featuring sculpted new bodywork for an aggressive look that highlights the motorcycle’s functional components, the CB500F is an even better choice for a midsize naked sport bike in 2016. LED lights are now standard front and rear, and the shortened muffler has an improved exhaust note. The fuel tank is now larger and has a hinged cap, while the fork gets externally adjustable spring preload. Rounding out the improvements to the 2016 Honda CB500F are an adjustable front brake lever, aluminum die-cast passenger foot pegs, transmission updates that result in improved shifting feel, and a “wave”-style ignition key. 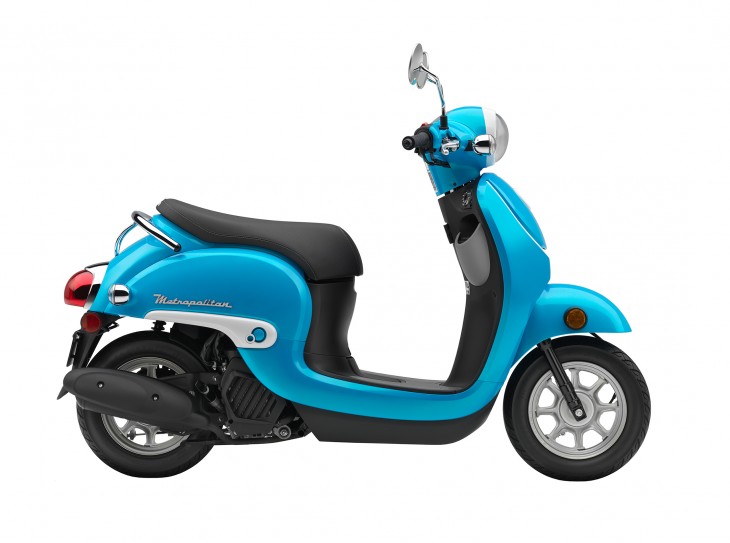 Metropolitan
Honda’s faithful, friendly little scooter gets a styling refreshment for 2016, with all-new bodywork that features rounded lines and is adorned with a new Metropolitan emblem. Offered in three new color choices, the Metropolitan features a V-matic® automatic transmission and is ideal for zipping around town or campus, especially now that its fuel-efficient 49cc four-stroke engine is liquid-cooled. Practical details include a convenient hook for holding shopping bags, and lockable under-seat storage that’s large enough to hold a helmet. 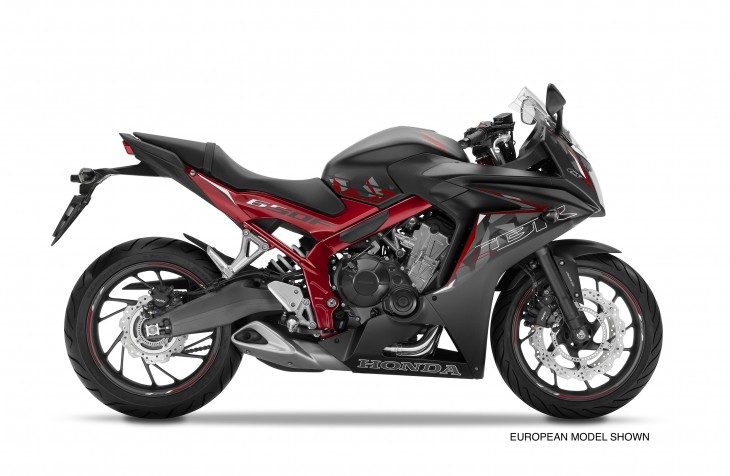 CBR650F
Since its 2014 introduction, Honda’s CBR650F has steadily built a reputation as a midsized sport bike that does it all, and for 2016, it gets an updated look, with a new Matte Black Metallic with Candy Red color option and a new graphic layout. With sharp handling and a 649cc inline-four-cylinder engine that has a broad spread of power, the CBR650F is a comfortable sport bike that’s equally adept as a weekday commuter and a weekend canyon carver.

The following models return for 2016 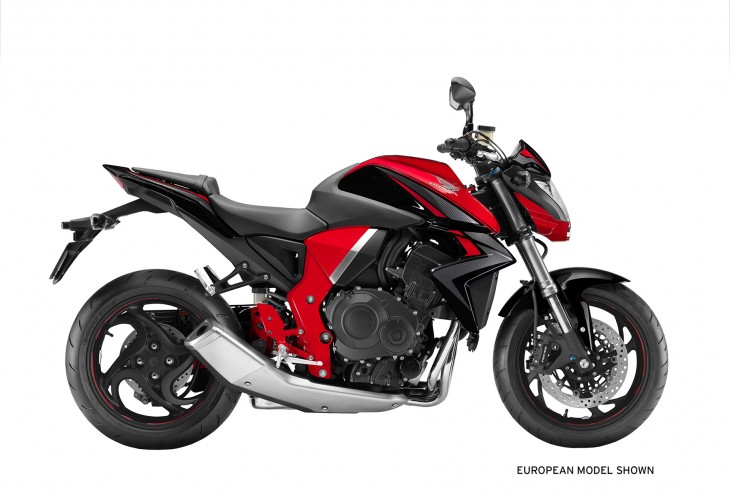 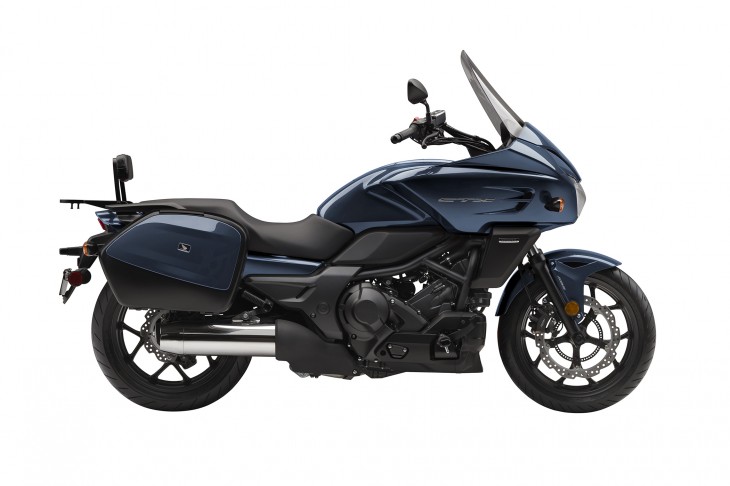 CTX700
A great choice for utility-focused riders, the practical CTX700 offers real-world features like convenient, spacious storage; a full fairing for chilly commutes; and a relaxed seat position that makes it easy to put a foot down at stoplights. An available fully automatic Dual Clutch Transmission (DCT) allows riders to shift at the touch of a button or select automatic for stress-free riding; antilock braking (ABS) is standard on DCT models. The 670cc liquid-cooled, parallel-twin engine produces plenty of low-end grunt and enough power for comfortable for comfortable freeway commuting, and its fairing and windshield offer good wind protection. 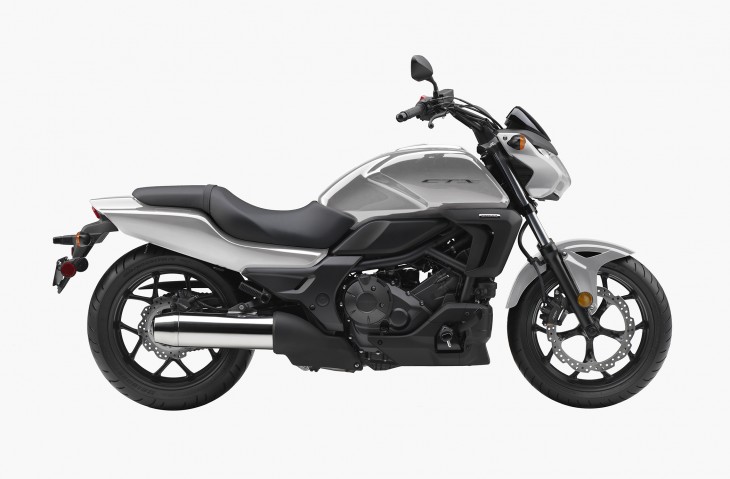 CTX700N
Honda’s CTX700N continues to offer a distinctive look and great value. Its low 28.3 inch seat height and forward-set foot pegs put the rider in a position that’s comfortable for all-day cruising and convenient for frequent stops. Both commuters and touring riders will appreciate the available DCT that allows riders to shift by button or to change gears automatically. On DCT models, ABS is also standard. The 670cc liquid-cooled parallel-twin engine provides excellent torque and plenty of power for spirited riding on twisty roads. 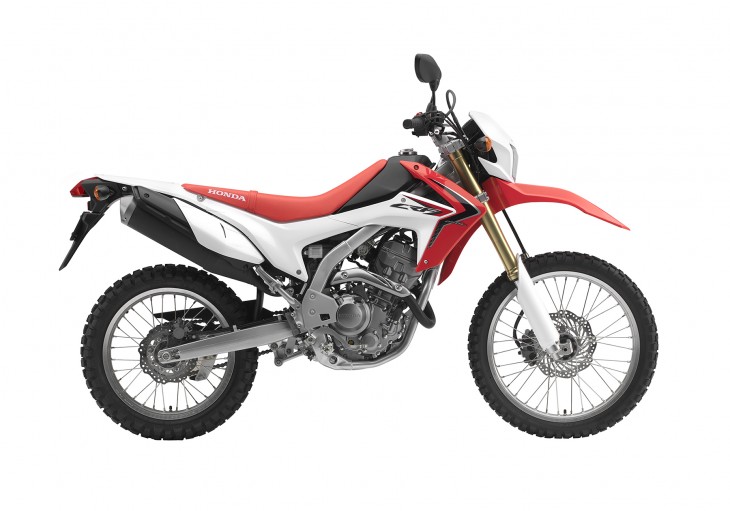 CRF250L
A regular choice as media outlets’ favorite dual-sport motorcycle, Honda’s popular CRF250L returns for 2016 with its balance of practicality, versatility and fun. Electric start, light weight and affordability make this machine great for first-timers, but many longtime enthusiasts also choose it for adventures where reliability is paramount. The nimble CRF250L offers excellent fuel economy thanks to its fuel-injected, counterbalanced, double-overhead cam, 249.6cc liquid-cooled four-stroke engine, and with its wide-ratio, six-speed transmission, the model is equally at home on the trail and daily city commutes. 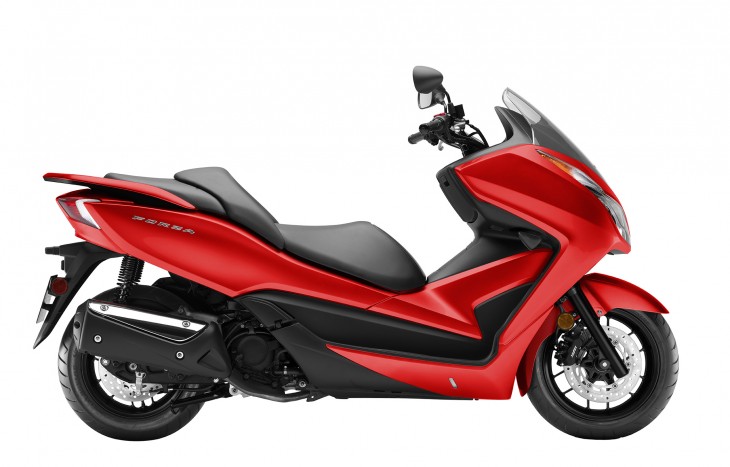 Forza
It’s hard to imagine a more user-friendly vehicle than Honda’s Forza scooter, which boasts a host of rider conveniences, including a simple automatic Constantly Variable Transmission (CVT), a handy power outlet for accessories, and enough integral storage to hold a pair of helmets. The liquid-cooled, 279cc engine sips fuel, but it also has plenty of power for riding two-up and for highway cruising. 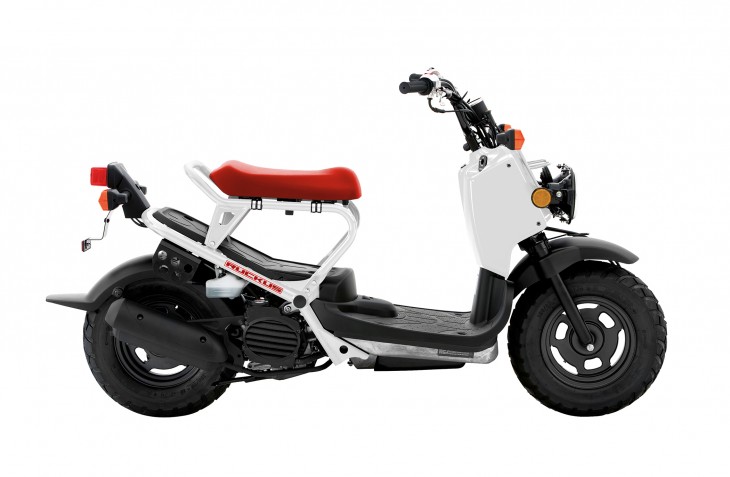 Ruckus
Rarely does a model inspire its own culture the way that the tough-but-approachable Ruckus has built a dedicated following, with owners personalizing their scooters and getting together for rides and social gatherings. A fuel-efficient, liquid-cooled 49cc engine gets the job done on the road, but it’s the Ruckus’s look—highlighted by chunky tires, a tubular frame and minimalist bodywork—that attracts such a diverse array of customers.