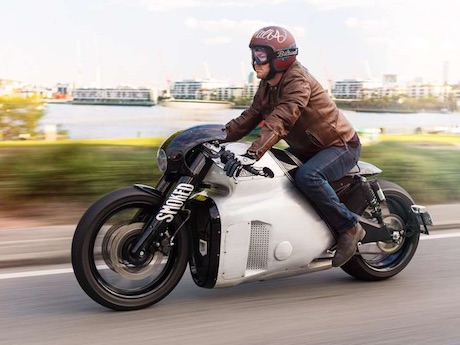 Shane on his Smoked Bronco Racer

What started as a furniture store has evolved into the Smoked custom bike and coffee shop bringing a touch of Bali bike culture to Brisbane.

Owner Shane Covill, 40, says he became enchanted by Bali when he visited in 2010. “I feel in love with the people, the culture and riding,” he says.

So he bought a house and became friends with a couple of guys with a garage where they customised bikes.

The trained commercial designer put his talents to bike design and pretty soon they were making some wild bikes for the local market. 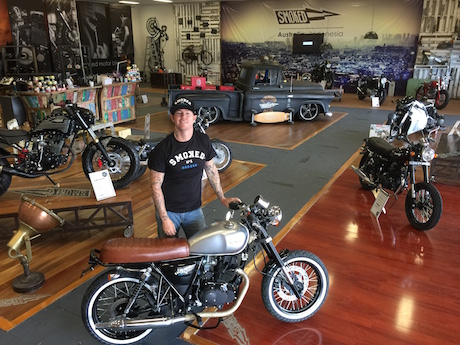 When Shane moved back to Brisbane two years ago to start a furniture shop, he placed a few of their custom bikes around the store as decorations.

But when people asked if they could buy them, he realised he had a market here for interesting small-capacity custom bikes.

So now the furniture store has become a bike shop. “It just sort of evolved,” he says. 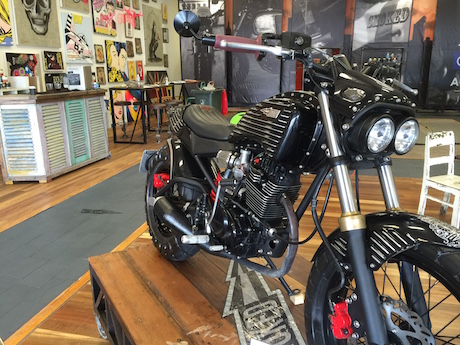 The shop at 3/531 Kessels Rd, Macgregor, features some of his custom small-capacity bobbers, cafe racers, street trackers, etc from a few thousand dollars right up to the Bronco Racer at $40,000.

Shane says the bike was inspired by the Lotus C-01 and, when he sold the first to Brisbane Broncos forward Josh McGuire, he decided to name it in his honour. 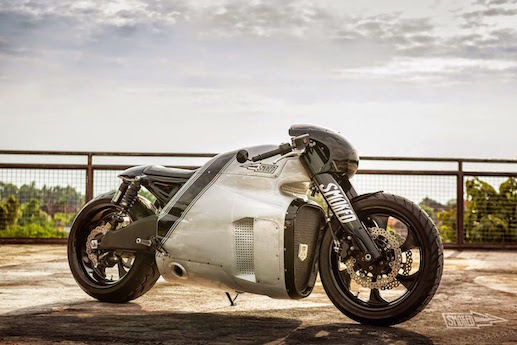 He’s since sold two others to a German and a West Australian using a Ducati Steetfighter and Triumph Speed Triple as donor bikes.

He says all their customs are track tested at Mt Cotton and approved by the Department of Transport.

“I’ve been knocked back on a few small things, mainly on noise and guards and indicators, but nothing major,” he says. 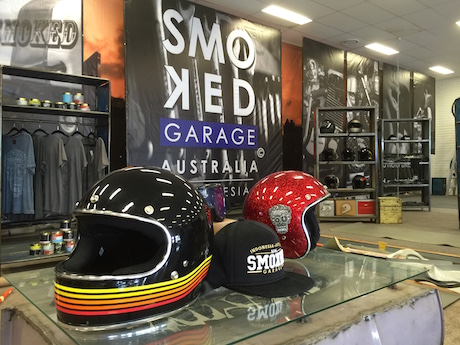 There are also some curious and interesting items of furniture for sale and decoration, creating an open, yet cosy, atmosphere in the impressive 600sqm floorspace.

Shane says the shop is open from 11am to 7pm so people can come in after work.

“I’ll also open one Saturday night every month to display custom cars and bikes in the carpark,” he says.

They also sell good coffee and cakes and could eventually add hot food. 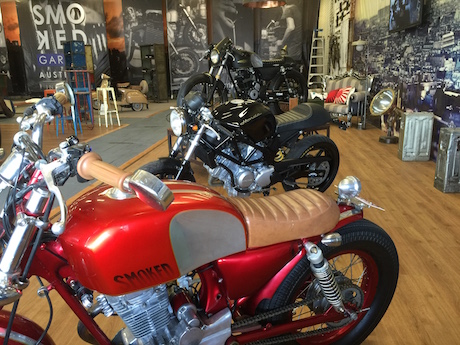