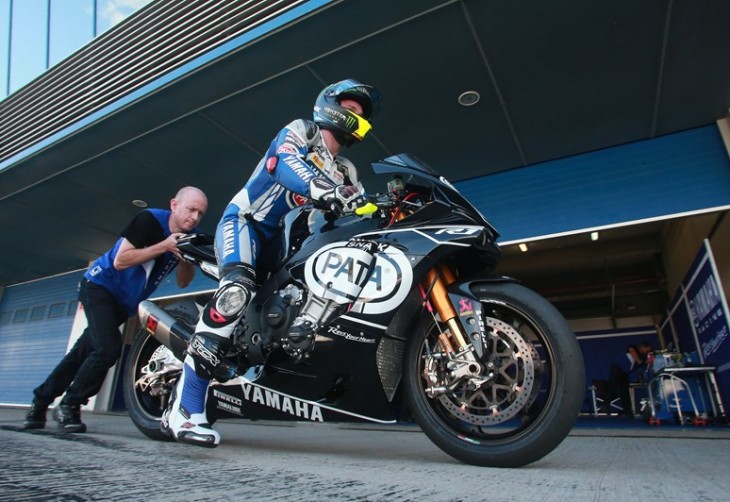 Yamaha Motor Europe’s return to the FIM Superbike World Championship began in earnest this week with a preliminary two-day test at the Circuito de Jerez, in Spain, introducing riders Alex Lowes and Sylvain Guintoli to the new Pata Yamaha YZF-R1.

Successfully achieving its objectives, the initial test programme focused on familiarising the new riders, team members and management structure with each other, and with their tools for the coming season’s championship challenge, the YZF-R1.

While the forecast threatened limited track action for the opening day, the poor weather failed to materialise allowing Lowes and Guintoli to complete 121 and 100 laps respectively throughout the two full-days. Tuesday’s session began tentatively as the track dried from the previous day’s deluge, but both riders were fully up to speed by the afternoon, continuing the hard work and good weather into Wednesday.

Having productively completed the pre-defined programme, Lowes, Guintoli and the Pata Yamaha World Superbike team move on to Aragon, in north-eastern Spain, in just under two weeks’ time to continue the evaluation of the current findings during a second two-day test commencing on Monday 16th November.

“My first go on the YZF-R1 and I absolutely loved it! We’ve got a lot of work to do but the potential of the bike is really good. There is a lot that I need to learn and change with my style, so I have a lot I need to improve myself, but I’m looking forward to the challenge. The bike has a lot of potential already as I’ve said so I’m looking forward to getting out in Aragon already – if there wasn’t so much work for the boys to do I’d want to go there tomorrow! I really enjoyed riding the YZF-R1, it’s been lots of fun and it’s nice to get the project started so successfully.”

“Well, a very positive first contact with the YZF-R1! We’ve managed to do quite a lot of work but most importantly the base of the bike – the chassis and power delivery – feels really good. It was a positive test overall and I’m looking forward to carrying on the progress in the next practice in Aragon and Jerez. I really enjoyed riding it – it reminds me a lot of the M1 from 2007, I can see and feel the same philosophy behind the bike – so yes, a very positive first impression and it’s nice to feel such a good atmosphere with Yamaha.”