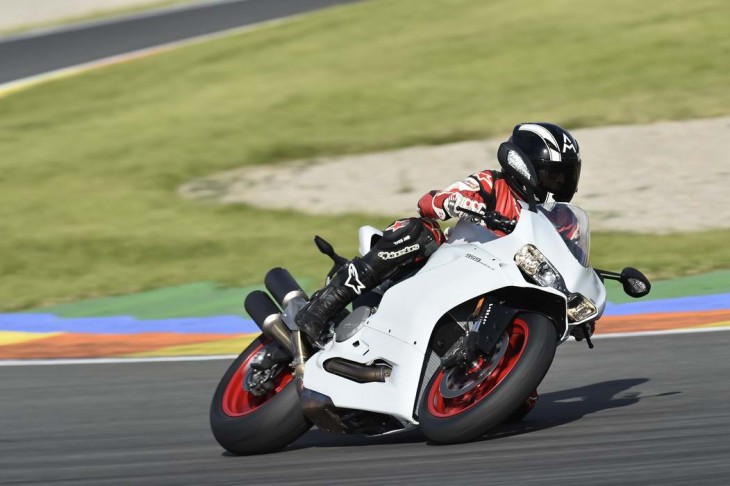 The announcement of Ducati’s new 959 Panigale “middleweight” was not so much of a surprise. First of all, Ducati has driven its open class superbike displacement all the way to 1299cc. Perhaps more importantly, manufacturers are scrambling to update engines to comply with Euro 4 emissions requirements, typically revising them with an increase in displacement.

We gave you all the details regarding the new 959, versus the 899cc predecessor. The purpose of this article is to primarily describe our riding impressions after testing the new model at the Ricardo Tormo circuit at Valencia.

The first time I took the 959 Panigale out on the track, I came back with a surprising conclusion. I thought, “this is a great street bike”. How odd, when it is purely a racer at heart, and even able to turn a 1:41 lap time (not in my hands, mind you) at this circuit.

I reached this conclusion, because with the bike in “Sport” mode it was surprisingly easy to ride. The chassis was both precise and forgiving, and seemed to correct an earlier tendency to drift wide on corner exits. 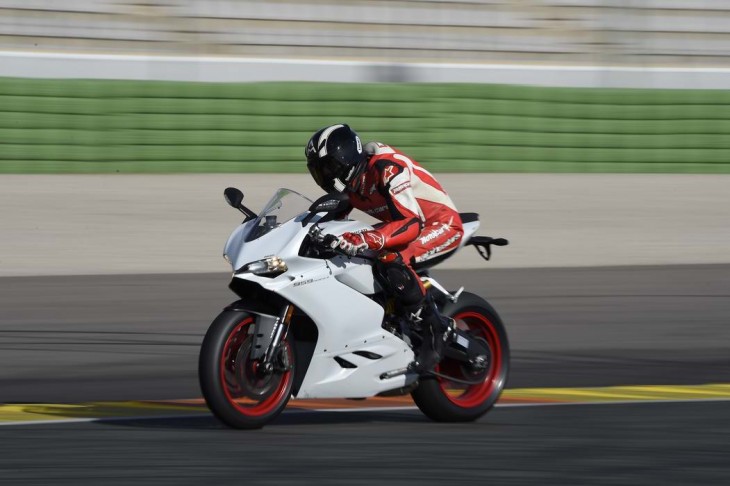 The suspension worked well on the track, but at the end of the front straight, while hard on the brakes, and also through the second corner, it was too soft as set up for me. Nevertheless, I had the distinct feeling this bike would work well on the road … a venue supersports and superbikes seem to ignore lately.

After this initial session, I did modify the bike to make it work better for me on the track, and found a machine with boundaries way beyond my skill level. But let’s talk first about the significant changes to the new 959 Panigale.

Aesthetically, the 959 has an edgier faring, different seat and tail, and a new double muffler exhaust. These are not the things that make it a better bike, however. The new, more powerful engine and improved slipper clutch are the things you notice. 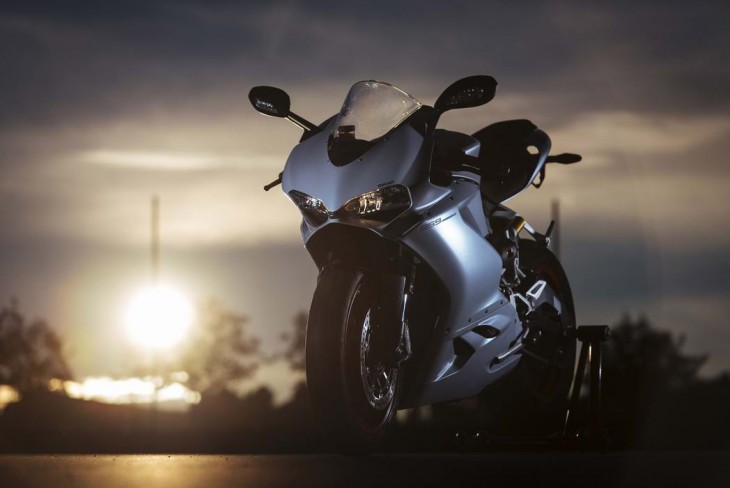 The larger displacement comes from a longer stroke (with the same bore). New cams, improved lubrication system and reduced mechanical noise result in a machine that satisfies Euro 4 while still making a step forward in performance.

The chassis geometry is essentially unchanged from the 899cc predecessor, with the exception of the lowered swingarm pivot. This is a development directly from WSB testing, where a similar change on the superbike was considered successful by factory riders Davies and Giugliano. Among other improvements, the superbike now finishes corners much better and I notice the same on the 959.

According to Ducati, at its home test circuit (Mugello) the new 959 is a second and a half faster per lap than the 899. More power, and smoother power everywhere, together with the chassis improvements, lead to this result. 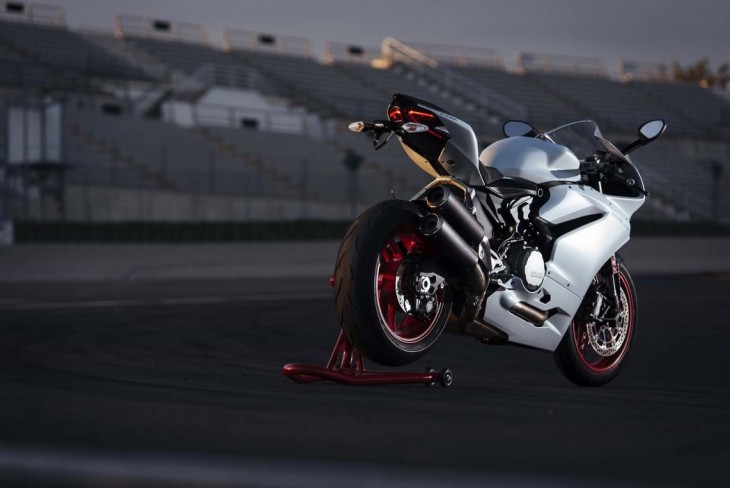 After dialing in “Race” mode, I went back out on the track with reduced engine braking, less restrictive traction control and minimum ABS. I also made some suspension adjustments to stiffen things up. With these changes, throttle response was more direct, and engine pick-up was quicker. ABS is shifted to work only on the front brake – less intrusive and you only feel it when you might otherwise lock the front wheel. Riders skilled enough to lock the rear wheel as an aid to corner entry (not me) are free to do so.

In the end, this “middleweight” is more to my liking. Where the Open class superbike is just too much in many situations, the 959 has all the power I need, with a greater sense of control. It is also a bit less expensive, of course. This is a “superbike” for the rider that might not quite have the skill to control an 1199 or 1299. I think this was the goal of Ducati, and after a day at the track we think they achieved it. 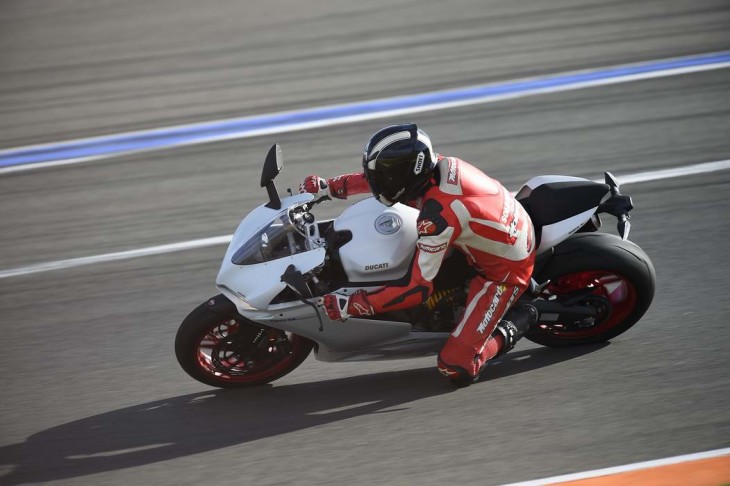