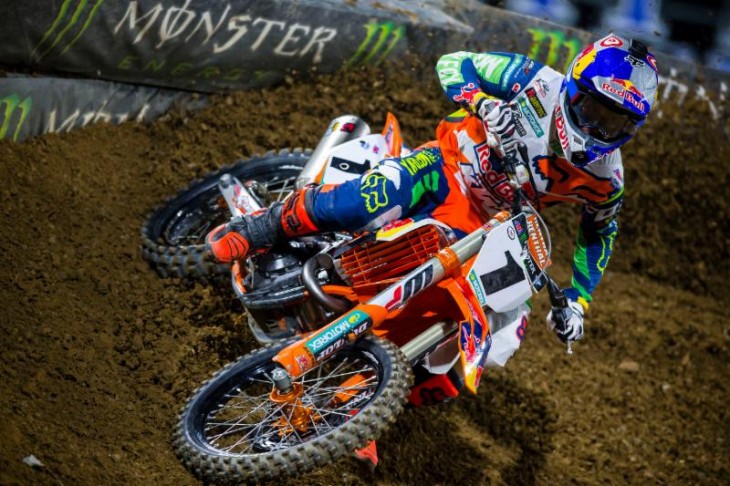 ELLENTON, Fla. (January 19, 2016) – As Monster Energy AMA Supercross, an FIM World Championship, returns to Angel Stadium for the final time this season this Saturday night, reigning 450SX Class Champion Ryan Dungey sets his sights on a fourth win in Anaheim. Dungey is fresh off his first win of the 2016 season in which he took control of the points lead.

Some key insights to watch heading into this weekend’s 2016 Monster Energy Supercross Championship race from Angel Stadium include:

Before a crowd of 36,825 at San Diego’s Petco Park last Saturday night, Dungey won his first race of the year and moved into the points lead, establishing a seven-point cushion in the 450SX Class’ point standings. The win marked Dungey’s 23 premier class victory.

“It was a good night. I got off to decent start and as able to pick my way up to front. Chad [Reed] was on my heels the whole time, so I couldn’t make a big mistake, although I made a few little ones. It feels good to get the win and move back into the points lead. That’s the plan [coming into the season] and it’s working [so far].” 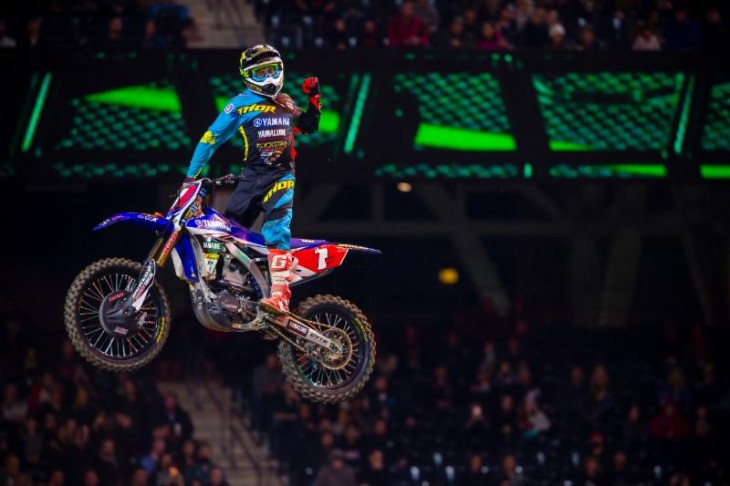 “I got another bad start unfortunately, but it was awesome to come through pack like that,” said Webb, who has won six straight Main Events dating back to last season. “I had great battle with all the top guys since they were up front. I hope all the fans enjoyed that battle. It was a great night. I’m glad to be back up here and I’m looking forward to the rest of the year.”

This weekend’s race will be the second held at Angel Stadium this year. Rockstar Energy Husqvarna Factory Racing’s Jason Anderson joined Webb as the winners of the first race at Angel Stadium, the 2016 season opener, in their respective classes.