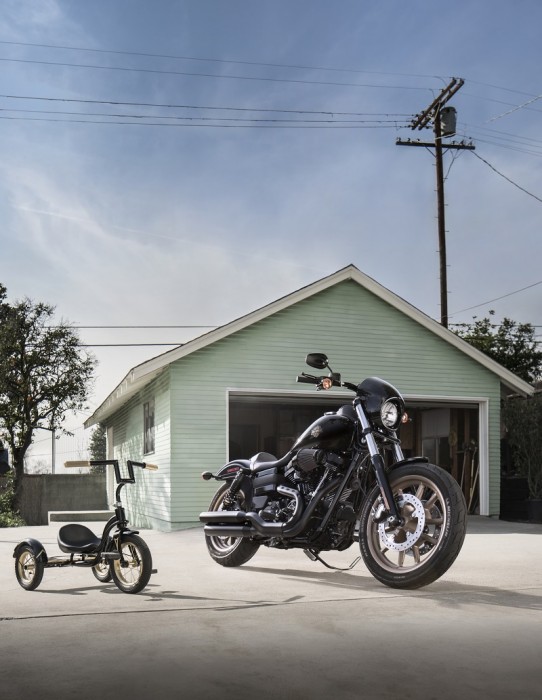 MILWAUKEE (March 16, 2016) – Harley-Davidson today announced its newest global marketing campaign: ‘Live Your Legend.’ The campaign shows how a new Harley-Davidson motorcycle can enable riders to create deeper bonds and share richer experiences – allowing them to live their own legend.

“Generations of Harley-Davidson owners inspired the ‘Live Your Legend’ campaign,” said Shelley Paxton, VP Global Marketing and Brand. “For more than 113 consecutive years, riders have told us what they experience on Harley-Davidson motorcycles. It’s the freedom, the adventure, the bonds and living life on your own terms – That’s the legacy this campaign encourages all of us to pass along.”

In a brand first, Harley-Davidson will launch the new campaign during the NCAA Men’s Basketball Tournament.  ‘One Day,’ the first of the new ads, debuts March 17 during the first week of the tournament. The ad – which features the new Harley-Davidson Low Rider® S motorcycle – focuses on the bond shared between a father and his young son.

Other ‘Live Your Legend’ ads include snapshots of life-enriching moments, as well as the unique and unforgettable bonds of friendship that are developed by riding Harley-Davidson motorcycles.

Along with the Screamin’ Eagle Twin Cam 110-powered Low Rider S, the campaign will showcase a variety of new and recently launched Harley-Davidson motorcycles including the Street Glide® Special with Project RUSHMORE features, Forty-Eight®, Iron 883® and Street® motorcycles.

As an ongoing extension of the campaign, Harley-Davidson will curate conversations in social media using #LiveYourLegend, and showcase real-life stories from Harley-Davidson riders. The series will be aggregated at www.h-d.com/today.

“‘Live Your Legend’ is designed to inspire a new generation of riders to invest in experiences today that will build a richer legacy for themselves and those around them,” Paxton added.

The fully integrated campaign will roll out globally throughout the year, including activations at South by Southwest and through Harley-Davidson’s UFC partnership.

For more information, visit www.h-d.com/today or follow along at #LiveYourLegend.