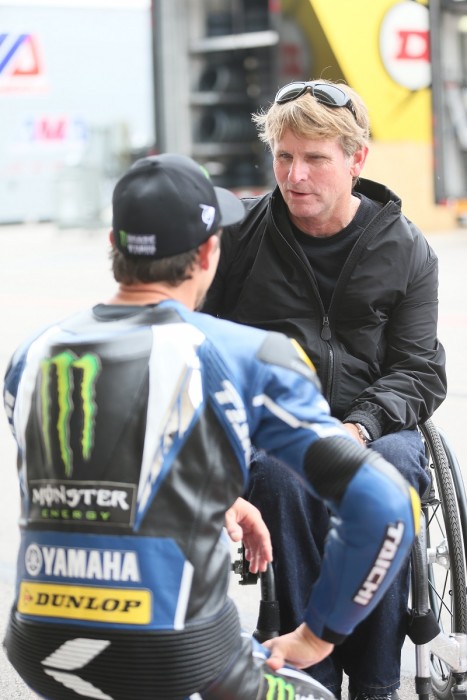 COSTA MESA, CA, MAR. 14 – If you want to spend a day or two getting up close and personal with the teams, riders and motorcycles of the MotoAmerica AMA/FIM North American Road Racing Series, then next week’s MotoAmerica Preseason Test powered by Dunlop Motorcycle Tires at Circuit of The Americas in Austin, Texas, should be on your to-do list.

The test, which is the final shakedown for the teams leading up to the season opener at COTA, April 8-10, will get started on Wednesday, March 23 and will conclude the next afternoon, March 24. The two days will feature almost non-stop action for fans with three sessions of Superbike and three sessions of Supersport on both days, following the gates opening to the public at 10 a.m. And admittance to the test is free.

In addition to being able to watch their favorite riders as they test their new motorcycles for free, fans can also take part in Q&A sessions on both days from 12:50 to 1:10 p.m. in Garage 29-30.

Several teams will also use the test to unveil their new livery for the 2016 season and several of those unveils will be held in front of the public. On March 23 the Yoshimura Suzuki team will unveil its new look at 12:40 p.m; with Team Hammer set to do the same later that day at 5:45 p.m.

Both days of the test will also feature the Hot Pit Lane Walk presented by Dunlop with the hot pit set to open at 5:45 p.m for 30 minutes, giving fans a chance to get a closer look at the motorcycles and teams.

“We’re excited to get our second season started with the COTA test,” said MotoAmerica partner Chuck Aksland. “It’s a good two days of action and it gets everybody geared up and ready for the season opener at COTA, which is just a few weeks later. We’re also happy that we’re able to include our fans this year and there’s going to be a lot going on for them to enjoy. We hope to see everyone there next week.”