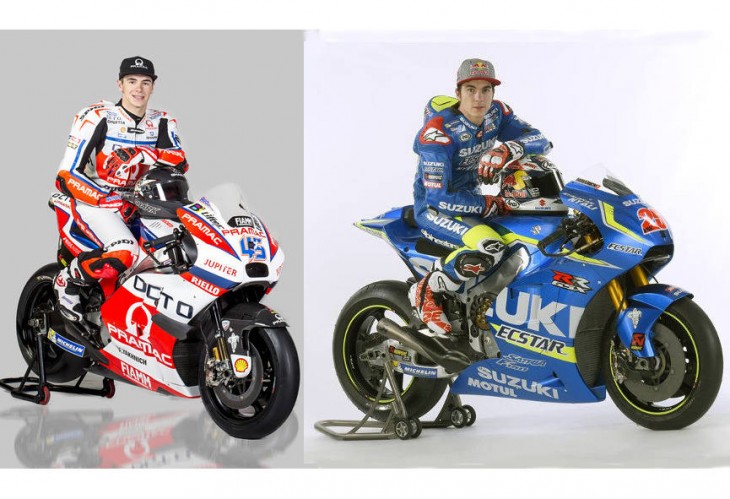 The 2016 MotoGP Championship commences next weekend at the Losail Circuit in Qatar. We have talked about the changes that all teams have to deal with this year in an earlier article, most notably new tires (from Michelin) and a spec ECU and software package (provided by Magneti Marelli). During testing, some of the younger riders have been quite quick, showing potential to ride at the front this year.

First, some background. Affectionately known as the “Aliens”, four riders have typically dominated MotoGP for roughly a decade. Until his retirement after the 2012 season, Casey Stoner was one of those four riders, along with Valentino Rossi, Jorge Lorenzo and Dani Pedrosa. Stoner was promptly replaced by Marc Marquez when he joined the series in 2013. Nevertheless, the Club has remained very exclusive … only four members.

The new tires and electronics this year might boost another rider into the Club. Maverick Viñales is an extraordinary talent that has been recognized for some time, but this year his factory Suzuki gets badly needed horsepower and a seamless gearbox. During Winter testing, Viñales has been very quick … more that once the quickest rider on the track.

More surprising, Scott Redding has really come alive aboard his new Ducati (a GP15), also recording quick times during testing, particularly at the recently completed Qatar test. Ducati has had an easier time than most adapting to the spec ECU and software – in large part due to its existing relationship with Magneti Marelli. Redding has even been faster on his satelite Pramac Ducati, at times, than the factory riders Andrea Iannone and Andrea Dovizioso.

This weekend’s race promises to be one of the most interesting MotoGP contests in recent memory. The Repsol Honda riders are still somewhat perplexed by the new electronics. Yamaha (particularly defending champ Jorge Lorenzo) is generally adapting better to the changes. Keep an eye on the all-new Aprilia prototype, as well, as its two riders shake it down in an effort to become competitive. Aprilia and Suzuki are the only teams receiving “concessions” this year, including an allowance of unlimited testing and engine development (engine development is frozen for the other teams), together with an allocation of nine engines per rider (the other teams are limited to seven).