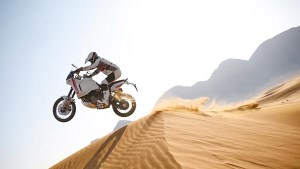 The 2022 Ducati Desert X is a surprise. But perhaps it shouldn’t be. With the miasma of marketing that was Ducati’s “Land of Joy” combining lifestyle, youthful hormones, Ducati has been edging into the middleweight off-road segment for several years with its Scrambler family. But it started even earlier when the Multistrada transitioned from odd but appealing on-road touring machine featuring a dry clutch, with endearing clatter, and the adequately source muscle found in a simple air-cooled v-twin to something different.

The Multistrada grew larger, and then larger still,  and eventually set its target on the segment of the market firmly occupied by the BMW R1200 /1250 GS through the targeted application of some 170 horses. An admirable challenge most definitely as one German owned company faced down another albeit in Audi’s case via an Italian subsidiary. The heavy-weight class lived up to its name and became  very heavy weight and very large. Competent most definitely but there came a point when the sheer size became more than many riders could – or wanted to – handle.  The bigger the heavy-weight class became the more room it left for other models to fill a middle-weight class.  Interesting Ducati has taken a different route to fill that segment than BMW aiming instead for a big dual sport rather than a middle-weight ADV. But to be fair, even that middle-weight class is dividing itself into and upper and a lower tier simply because the heavy weight became so large. What is the difference between ADV and dual-sport it can be subtle but on a most basic level it dependent upon what compromises are made where and if the bike shines when there is no road at all. 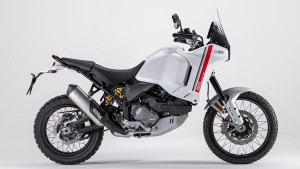 To returning briefly to the Ducati’s Scrambler family. There was a mild off-pavement option in the Desert Sled with its knobby tires and enduro touches but it was more styling exercise as the same platform had distinct on-road only bikes.

Ducati is far more committed to the dirt with the all-new Desert X. Realizing nothing in the existing parts bin would achieve the desired results, the Desert X has a new off-road specific frame to support its long travel suspension (9.1 inches front / 8.7 inches rear) connected to a 21 inch front and an 18 inch rear wheel. The engine is a 937cc, liquid cooled L-twin producing 110hp which is healthy figure in this subsection of the genre. There are 6 riding modes, two of which are dedicated to offroad riding (ABS off) and there is the usual list of riding aids including wheelie control, traction control  and cornering ABS among others. Gearing has been shortened for the lower gears to provide for better off-road performance.The bikes weighs in at 202 kgs (dry).

The individual pieces of note include Brembo brake, Kayaba suspension, TFT display, LED lighting and Pirelli Scorpions on tubeless rims. There are also a host of accessories but the most interesting is the auxiliary fuel tank that can be fitted to the rear seat area and adds an additional 8 litres if fuel making the total carrying capacity 29l. 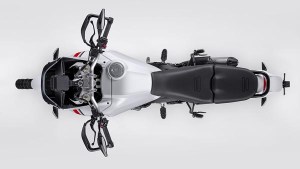 So it would seem that Ducati is very serious about the abilities of the Desert X. The proof is in the fact the company didn’t go for a unique Ducati flare in the styling of the new bike. It looks good most definitely but remove all the badges and it would be tough to nail it as a Ducati. The Desert X is designed with functionality rather than form. It looks the way it does because that it what works best for riding the bike in its intended environment rather than looking at the bike.

The price of the 2022 Ducati Desert X is $19,295. That is a little high compared with the influx of new competition and the existing competitors. Yes, the Ducati has more power but it is often close – the new Norden 901 weighs near the same and is only down 5hp – and that bike comes with all the Husqvarna/KTM off-road expertise for $15,199. The BMW R850GS is $15,100. The KTM 890 Adventure R is $15,899. That is some extraordinarily healthy competition.

There is some indication that the there might be other bikes joining the Desert X from Ducati as it if listed as a “Family” on the Ducati web site. Whether the price goes up or down with new siblings remains to be seen. 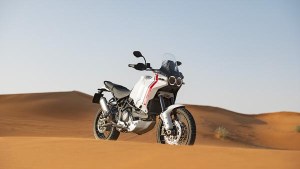