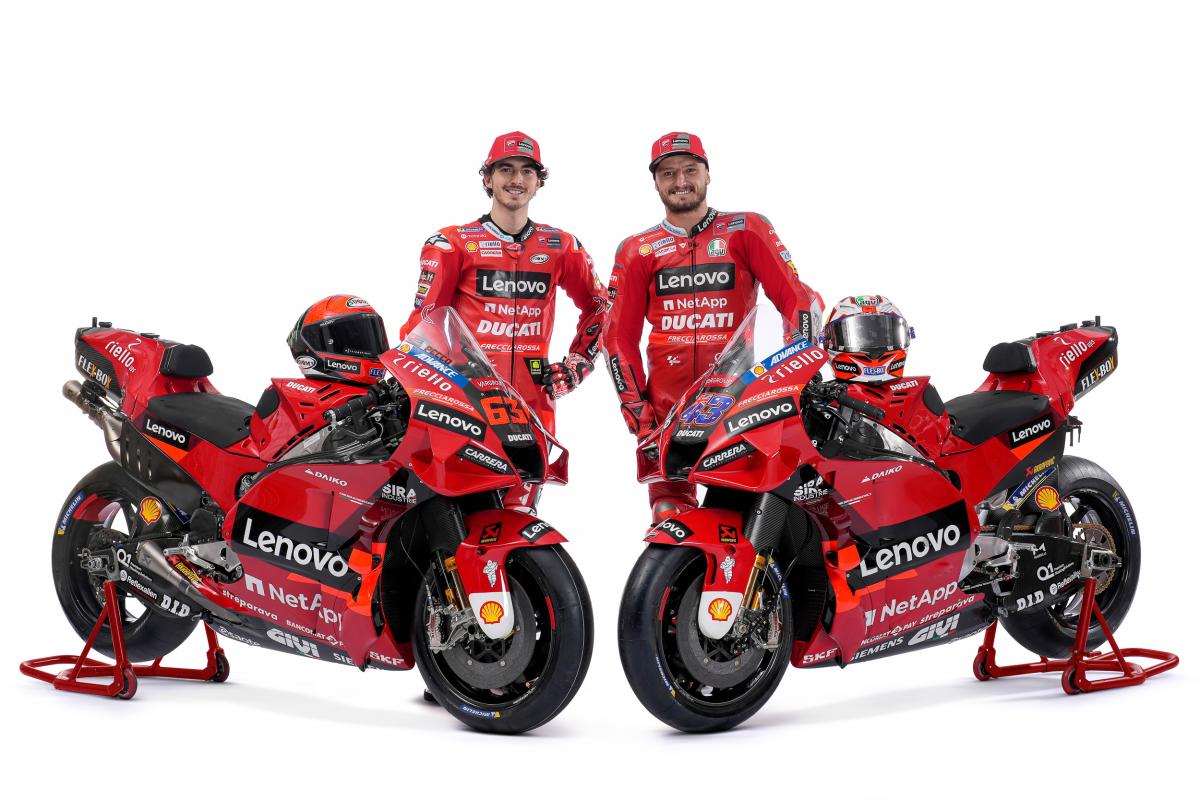 Luigi Dall’Igna (General Manager of Ducati Corse): “We are thrilled to start this new season. In 2021, we achieved important goals by winning our third constructors’ title, our second teams’ title and closing the riders’ Championship in second place with Francesco Bagnaia. Pecco grew a lot during the last Grands Prix of last year, scoring four wins and nine podiums. We are sure that he will be one of the main contenders in the Championship this season. Alongside him will be Jack Miller, who showed his talent on several occasions last year, scoring five podiums, including two thrilling victories, and who, like Pecco, has the potential to challenge for the title.