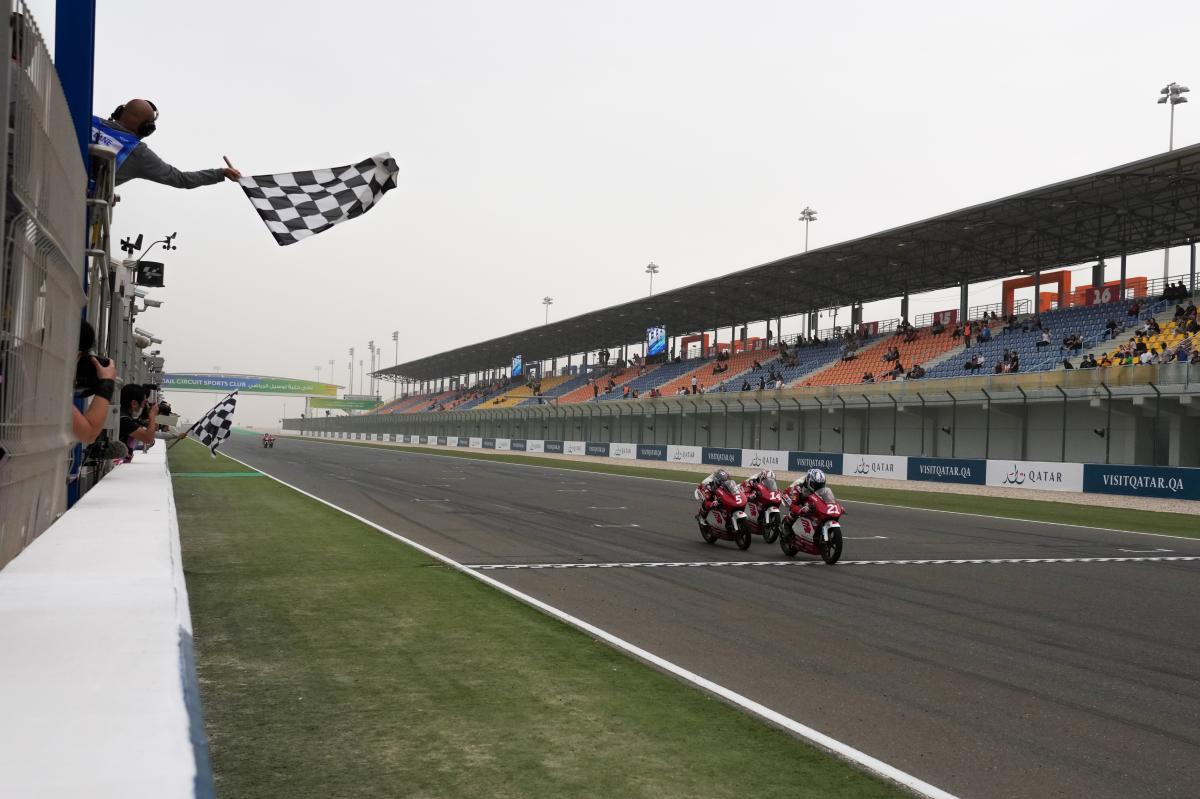 Some more incidents would prove decisive, however. Emil Izdhar crashed out, and Veda Ega Pratama and Thanat Laoongplio then tangled. As the big group thundered on, with different riders seeming to take a turn at the front but the group then fight back, there were two more slices of drama coming. The first saw Carter Thompson, Rei Wakamatsu and Thanakorn Lakharn all crash out together and out of the front group, leaving a handful of riders to fight for the podium, and then there was a huge moment for Hakim Danish. That settled it: Odaki, Mie and Ezawa would be fighting it out for the win.