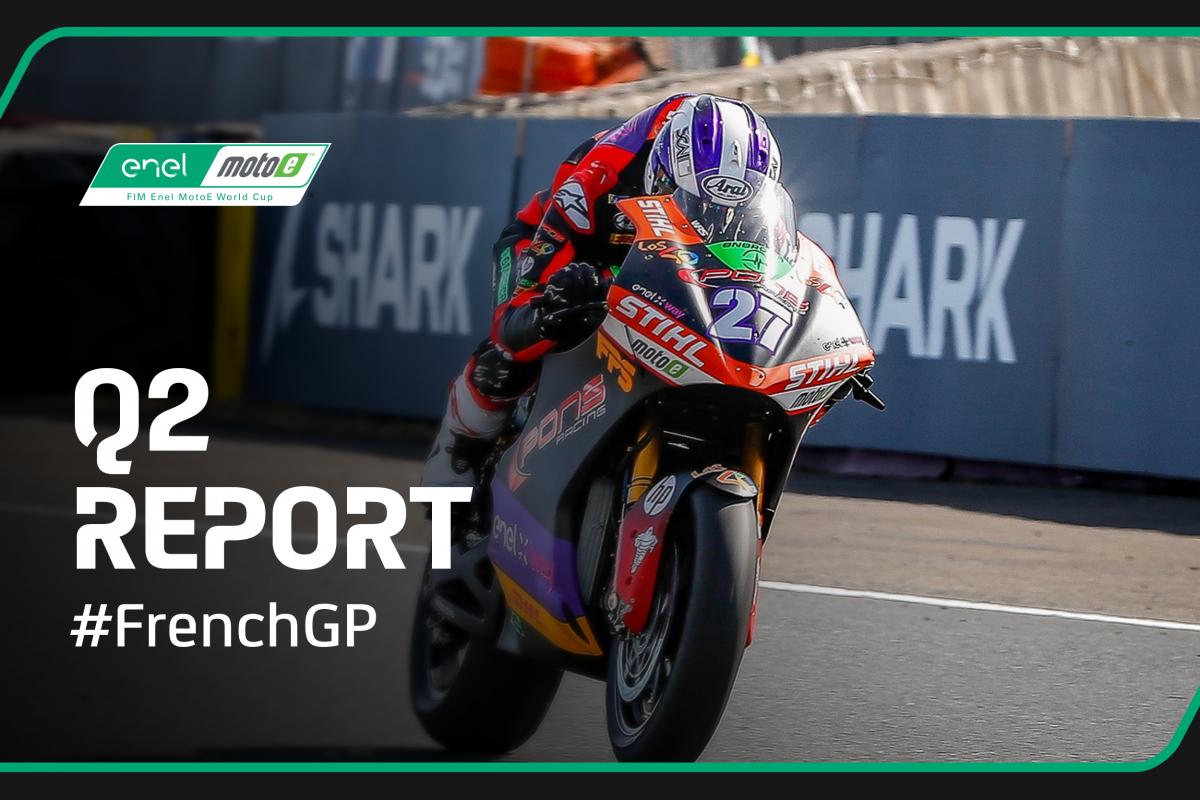 Casadei was fastest in FP1 at Le Mans but failed to set a lap time at all in FP2 due to a mid-session crash at Turn 1. Fortunately, the Italian was okay, but he was nearly bitten by that corner again with a big moment in the latter stages of Q1. By then, however, he had set a 1:44.055 which would prove good enough to top that opening stanza of qualifying. Hikari Okubo (Avant Ajo MotoE™) also progressed, and both had their Energica Ego Corsa motorcycles charged up by Enel X Way’s new Pump 60 Race Edition which has made the two-part format possible for the electric class.