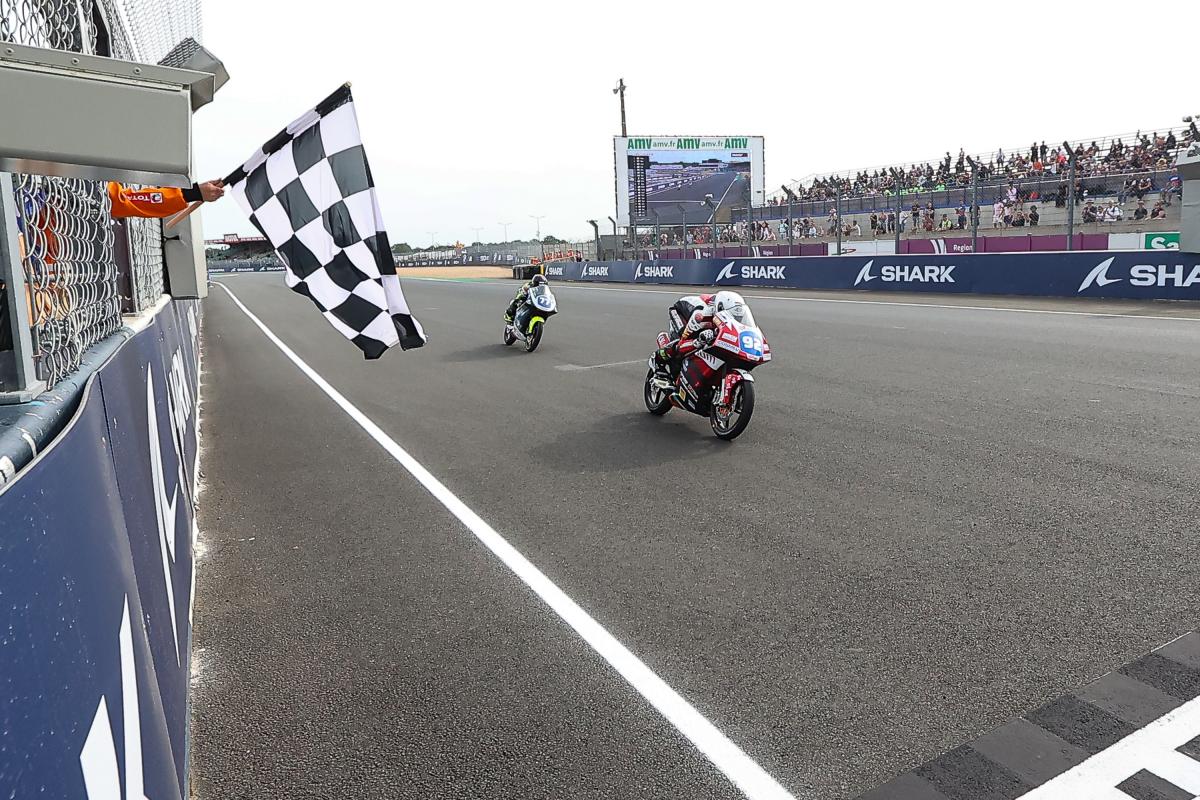 A lead group of eight quickly formed as Moor and the fast-starting Noa Cuypers (Junior Black Knights) jostled for P1 on a number of occasions, before Veneman then climbed into the top three. The excellent battle for the lead continued throughout the race until Moor and Veneman were able to break away with two laps to go. Cuypers, after a couple of mistakes, had lost ground and so had the likes of Kevin Farkas (Agria Racing Team), Martin Vincze (Chrobak Motorsport Egyesület), Masili, Tibor Varga (Forty Racing) and Luca Göttlicher (JRP Junior Academy), with front row starter Dustin Schneider (Goblin Racing) forced to take a Long Lap penalty after taking a shortcut at Turn 4.