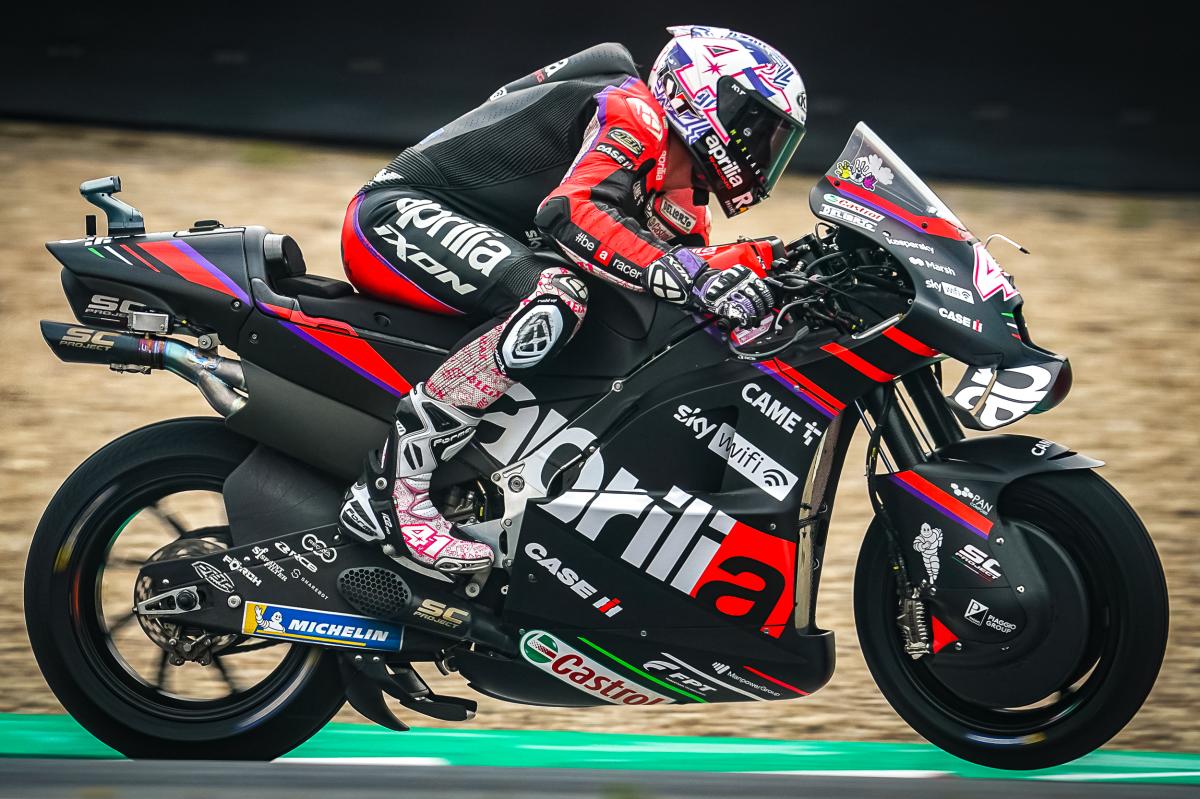 Stewards found that his RS-GP had been running with a rear water spoiler (add-on) whilst using slick tyres on both the front and rear wheels, a breach of Article 2.4.4.7.10.e) of the FIM MotoGP™ World Championship Regulations. With Espargaro’s last run cancelled in its entirety, he loses the 1:33.452 which he set with the chequered flag out and is the only rider in the field without an official lap time on a slick tyre. Instead, he reverts to a fastest lap time of 1:41.360 which he clocked on his previous run, while on wet tyres.