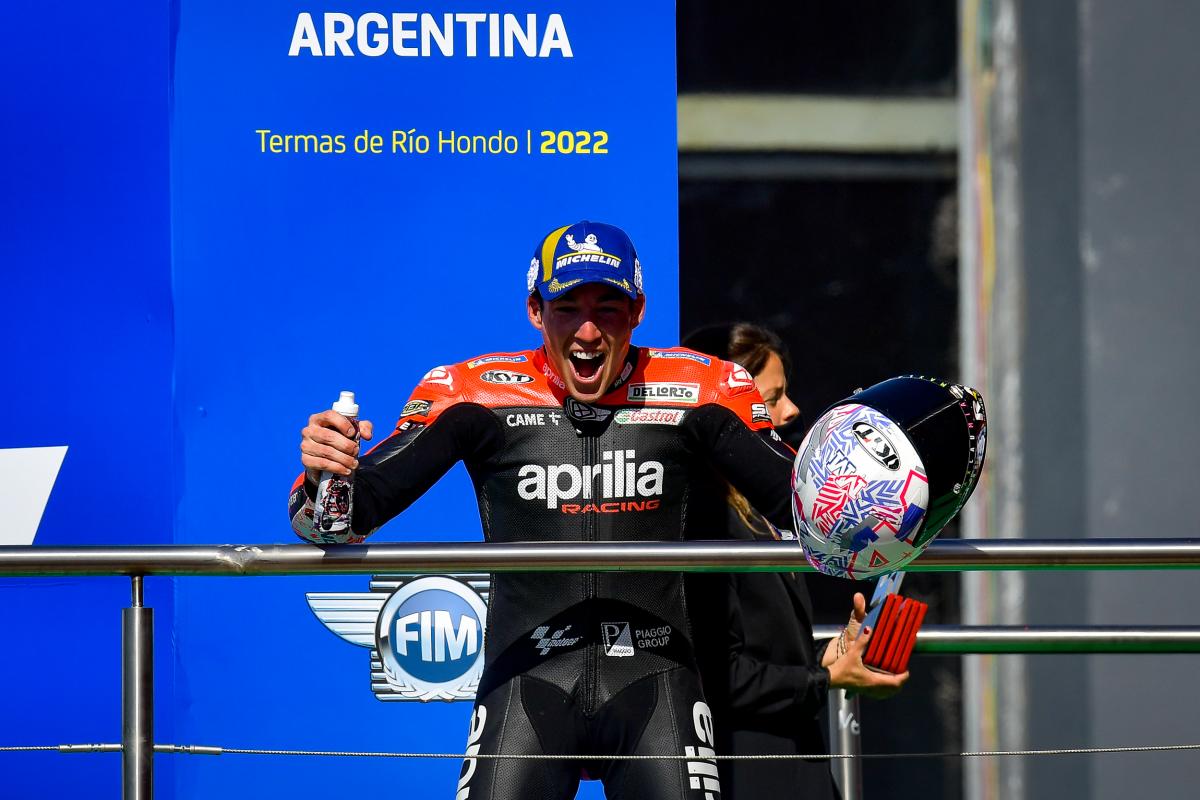 The number 41 launched from P1 but lost the holeshot to Jorge Martin (Pramac Racing), who he then chased for the majority of the race. After a couple of failed attempts, Espargaro managed to finally overtake his compatriot with five laps remaining, and it was a lead he didn’t let slip as he took the chequered flag first in his 200th premier class Grand Prix.