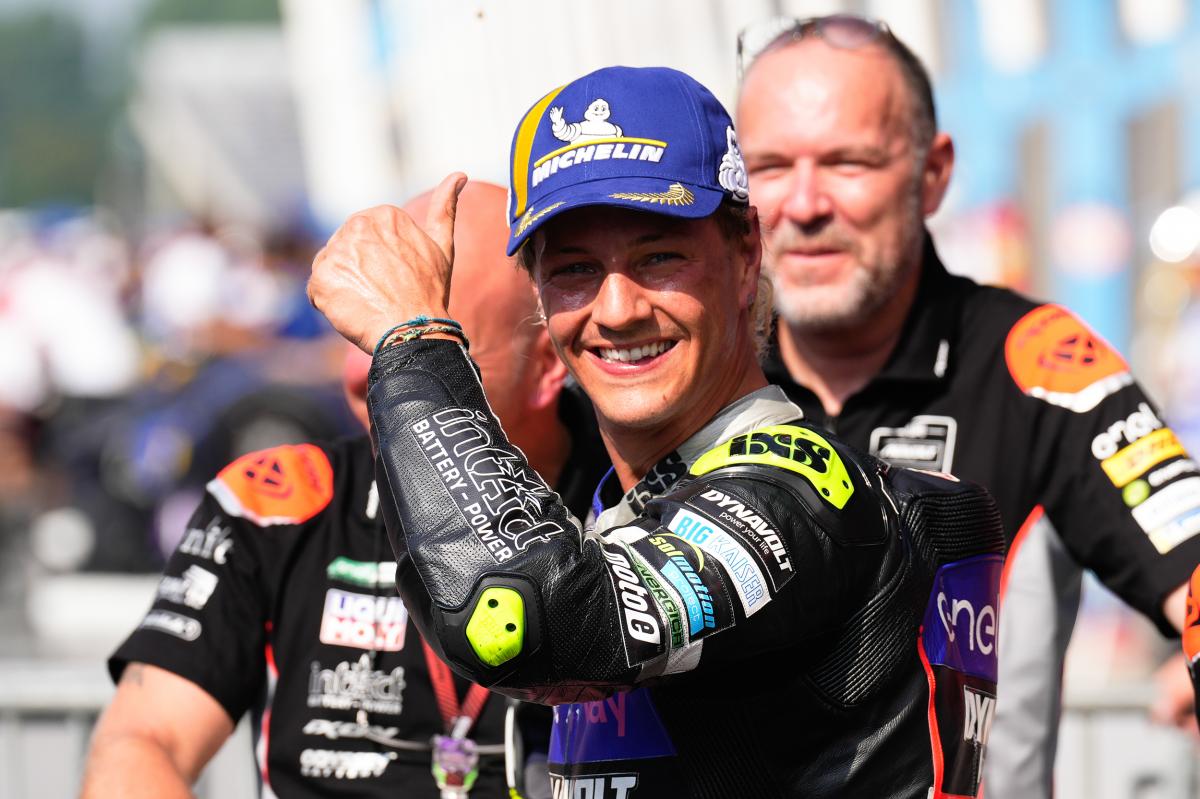 Suzuki Motor Corporation have announced that Dominique Aegerter will be given the opportunity to ride the factory GSX-RR for a few runs on Tuesday, September 6th at the official test to be held at the Misano World Circuit – Marco Simoncelli. The Swiss rider will be riding the Suzuki MotoGP™ machine as a celebration of his recent victory of the FIM Enel MotoE™ World Cup and will be supported by the crew usually serving Joan Mir, due to his absence with injury.

31-year-old Aegerter has enjoyed a successful career across the two-wheeled world, running four respectable seasons in the Moto3™ class, and 11 in Moto2™. He then switched to World Supersport where he won the title in 2021 and currently sits at the head of the standings. Alongside this, he’s also been competing in the FIM Enel MotoE™ World Cup since 2020, and he won the 2022 title in Misano just days ago. In addition, he has competed in endurance races and finished on the podium twice at the Suzuka 8 Hours, once with a GSX-R1000.

Dominique Aegerter: “This is big news for me and, for sure, a big opportunity – a dream to ride in the Suzuki Factory Team and test the bike. I’m super happy about it, and I want to say thank you to everyone who has made this happen. I also want to say thanks to my team, Ten Kate, in Supersport who have allowed me to take this chance. Riding a Factory MotoGP machine is something I’ve forever wanted to try, so I can’t wait to jump on the bike tomorrow and enjoy the opportunity.”

Shinichi Sahara, Suzuki Project Leader: “Tomorrow we will have a special guest in the garage; Dominique Aegerter. Following his victory in the 2022 MotoE World Championship, he will ride the GSX-RR. Rather than a proper testing plan, this is just an opportunity for him to ride our bike. Having some fun on the MotoGP bike is not only a good way for him to show that he can be fast, but also, we can enjoy hearing a different rider’s point of view.”