It’s been a long time coming, but Ducati finally have their second MotoGP™ World Championship. The efforts of the irrepressible Francesco Bagnaia in 2022 have delivered a first title in 15 years to the Borgo Panigale factory, and a second world title to the Italian rider.

It is undoubtedly Pecco’s crowning achievement in the sport, but there have been others, and below we take a look at the top five moments from his career to date!

Having been on the World Championship stage for the previous three seasons, 2016 saw Bagnaia mature into a fine rider with Moto3™ title credentials. He claimed six podiums during that campaign, two of which were wins when riding with the Aspar team. That first-ever win came at Assen, where he rode his Mahindra machinery to the top step. 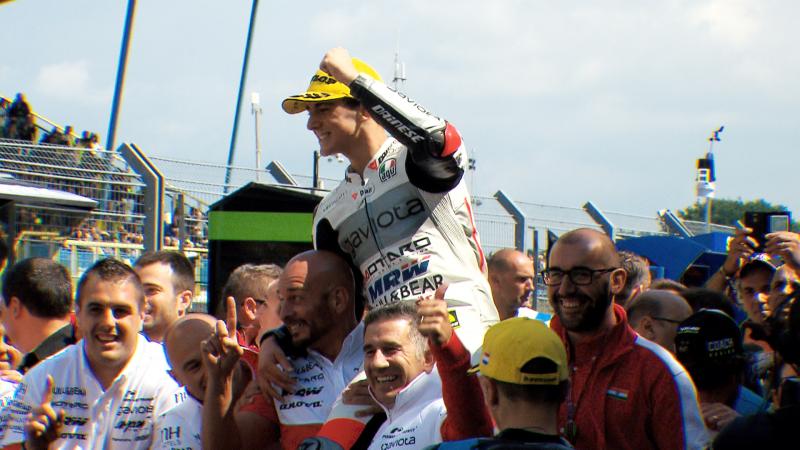 At the 2016 Dutch GP Mahindra created a new chapter in their history after taking their first World Championship victory in the Moto3™ race.

However, it was his second victory, which fittingly came in Malaysia, that saw him rewarded with a chance to make his debut on MotoGP™ machinery at the end-of-season Valencia Test on a Ducati; an opportunity he grabbed with both hands.

2. Taking a maiden World Championship in 2018

Roll the clock back to four years ago, and Pecco was celebrating becoming the Moto2™ World Champion at Sepang. Riding with the VR46 Racing Team, a third place finish was enough to see him over the line against Miguel Oliveira (Red Bull KTM Factory Racing) as he cracked 300 points.

The SKY Racing Team VR46 rider claims the 2018 Moto2™ World Championship Crown, as he bids farewell to the intermediate class

In total, he recorded eight wins and four further podiums on his way to Championship glory. 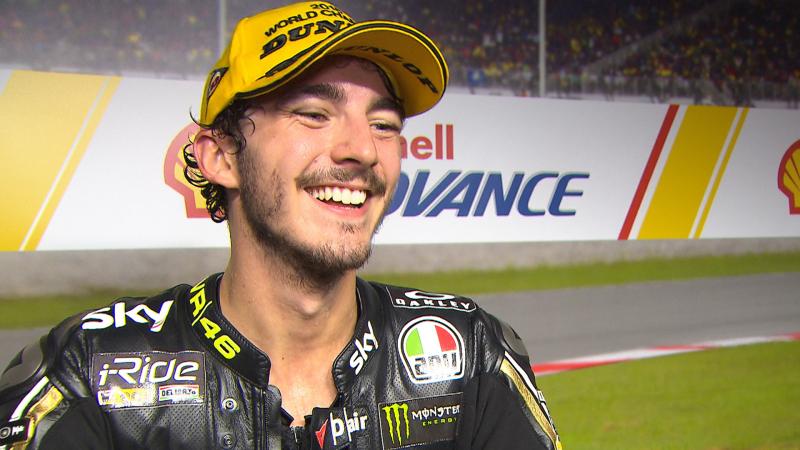 Having moved to the premier class in 2019, Bagnaia experienced all the ups and downs on the learning curve. A first podium came in 2020 at Misano, before a week later he crashed out of a comfortable lead at the same circuit. After even more near misses, that breakthrough win finally came in 2021, and how! 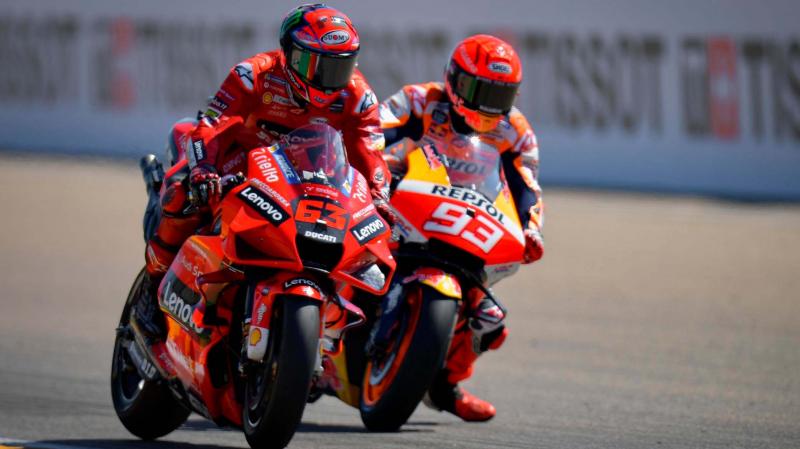 In what was an instant classic, Pecco held his nerve to withstand a late onslaught from Marc Marquez on the final laps, denying the Repsol Honda rider on seven different occasions to take his first-ever MotoGP™ victory. That win had a domino effect, as the Italian took three more wins and a podium in the closing five races to launch a late title charge. 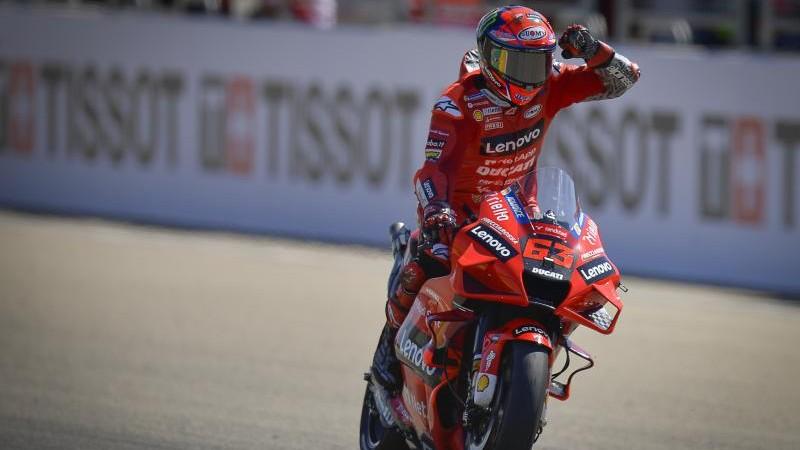 The Aragon GP race winner held off some “crazy” Marc Marquez overtakes and dedicated victory to the VR46 academy, Ducati and his mentor

Once Bagnaia gets a run of form, he can be nigh on unstoppable. Having ironed out the inconsistencies that plagued the first half of the campaign, the number 63 recovered from back-to-back crashes in Catalunya and Germany by going on a four-race winning streak, the first time a Ducati rider has ever done so. Consecutive victories at Assen, Silverstone, the Red Bull Ring and Misano gave him the platform to launch his extraordinary 91-point title comeback. 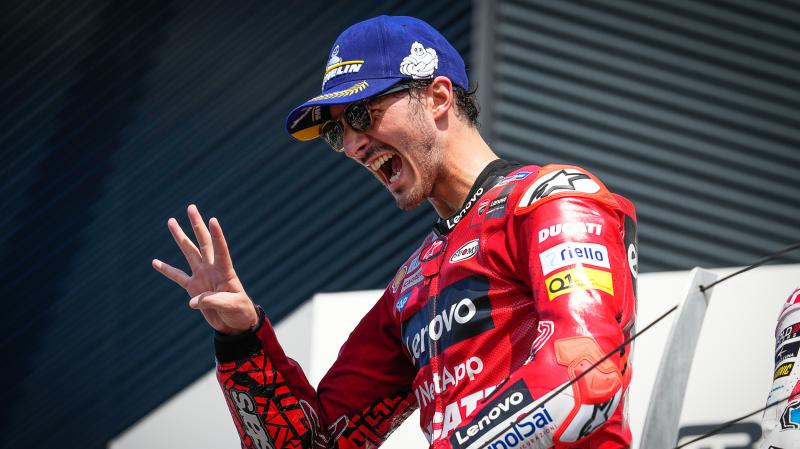 Without a doubt, the highlight of his career has come this weekend in Valencia. The Italian’s ninth place, together with a fourth for Fabio Quartararo, has left him with a 17-point lead at the end of the season. This means that Francesco Bagnaia has delivered the first Riders’ Championship to Ducati since 2007, and becomes the first Italian Champion since a certain Valentino Rossi in 2009.

Enjoy the celebrations as the Italian ended 15 years of hurt for Ducati, and took his first-ever MotoGP™ title, by finishing P9 in Spain

Seven victories and three other podiums have helped Bagnaia reach the holy grail, and it is very much deserved. Congratulations Pecco!