Ducati’s historic Triple Crown will forever mark an unforgettable season of racing that was the 2022 MotoGP™ World Championship. A rollercoaster year in more ways than one, we’ve picked out 10 of the best and most defining moments of the campaign for you to look back on. 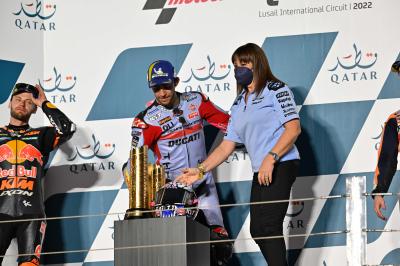 A beauty from The Beast lights up Qatar

The season opener at the Lusail International Circuit was an emotional affair as Enea Bastianini handed Gresini Racing MotoGP™ a dream victory, not long after we tragically lost the late, great Fausto Gresini. The Italian gave us a preview in what we would come to expect across the season from the 2020 Moto2™ World Champion, as fellow Ducati stars Francesco Bagnaia (Ducati Lenovo Team) and Jorge Martin (Prima Pramac Racing) suffer a Round 1 DNF following a Turn 1 error from Pecco.

Aleix and Aprilia tango to debut victories in Argentina

It was worth the wait. As MotoGP™ returned to Termas de Rio Hondo for the first time since since 2019, a new contender was emerging on a new, improved and rapid Aprilia Racing RS-GP. Having never won a Grand Prix before, Aleix Espargaro finally stood on the top step of the podium after a fascinating battle with compatriot Martin. It was here everyone realised Espargaro and Aprilia were going to be genuine title contenders in 2022. 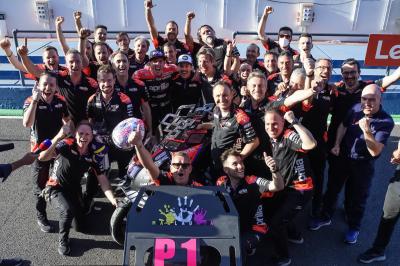 With a commanding victory, Fabio Quartararo (Monster Energy Yamaha MotoGP™) extended his lead at the top of the overall standings to 22 points, as podium-bound Aleix Espargaro made a costly error of miscounting the laps to see a home GP rostrum go painfully astray. Meanwhile, a Lap 1, Turn 1 mistake from Takaaki Nakagami (LCR Honda Idemitsu) saw the Japanese star take out both Alex Rins and Pecco, leaving the latter 66 points adrift of Quartararo in the title chase.

Pecco’s much-needed pendulum swing at The Cathedral of Speed

After a DNF in Germany – and a Quartararo victory – Bagnaia and Ducati stared down the barrel of a 91-point gap to the Frenchman heading to Assen. The fast, flowing nature of Assen’s special ribbon of asphalt lends itself brilliantly to Yamaha’s YZR-M1, but the 2021 Dutch TT race winner would make his first big mistake of the season. It was a crash that took Aleix Espargaro off track, and as Quartararo crashed for a second time, Bagnaia claimed a huge win to claw back 25 valuable points. Espargaro’s magical comeback was topped off by a double overtake at the final chicane, seeing the Spaniard claim P4. 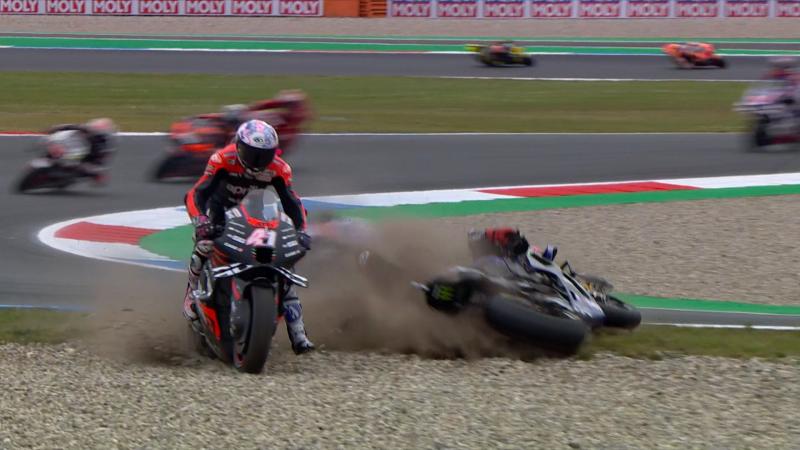 Silverstone, Red Bull Ring and Misano – three venues Bagnaia won at to claim four victories in a row. It was this run of form that propelled Pecco right back into the title picture, as the Italian fended off Bastianini at the Misano World Circuit Marco Simoncelli by just 0.034s to close the gap to 30 points.

Having undergone a fourth, career-defining operation on his right arm after the Italian GP, Marc Marquez (Repsol Honda Team) was back in action at the Aragon GP. It wasn’t the return the eight-time Champion would have been looking for though, as Marquez was involved in two opening lap incidents – first with Quartararo, which saw the title leader crash out on the exit of Turn 3, then with Nakagami as Marquez limped around with severe damage to his Honda. What happened at the front was mesmerising though. Bastianini vs Bagnaia, round two. This time, Bastianini won, as P2 saw Pecco now sit just 10 points behind Quartararo. Game on. 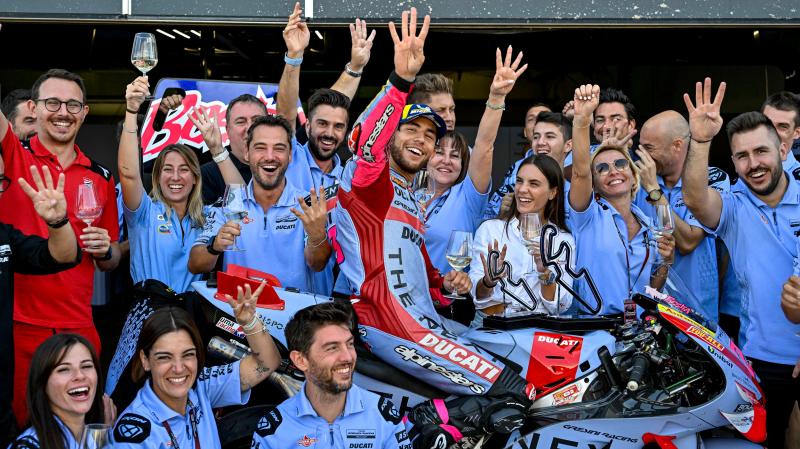 The final five races were upon us and in Japan, Ducati’s Jack Miller produced the race of his life to take a commanding first win of the season. It was a 25-point haul that brought the Australian into the title race frame, as teammate Bagnaia made a last lap blunder to notch up a DNF. However, with Quartararo P8 and Aleix Espargaro outside the points after a team error, the damage was limited. 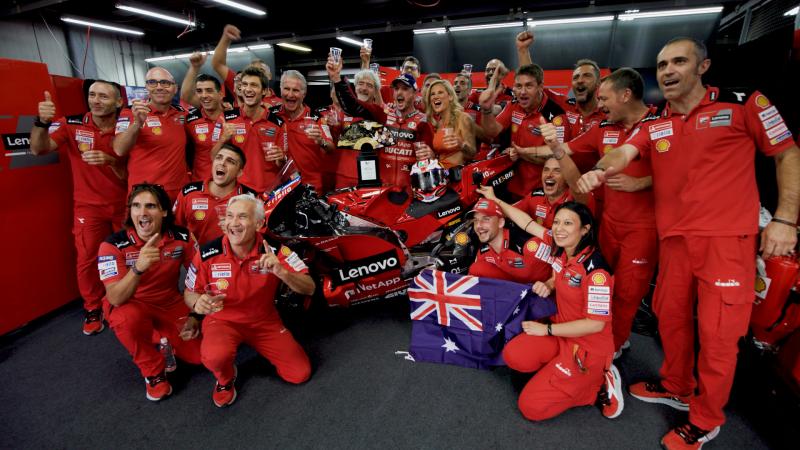 The Aussie had a winning breakfast ahead of his Motegi masterclass, while he already knows exactly where his win bonus is going to go

The decider: Bagnaia holds his nerve to be crowned 2022 World Champion

Quartararo’s heroics in Malaysia, coupled with Bagnaia’s sublime performance, meant the MotoGP™ title would be decided in Valencia for the first time since 2017. 23 points split the pair, so only a win would give Quartararo a chance of retaining his crown. Despite his efforts, it wasn’t to be for El Diablo, as Pecco held his nerve to become the first Italian World Champion since Valentino Rossi in 2009. It was a fairy tale finish for Rins’ Suzuki career, the Spaniard claimed victory ahead of Brad Binder (Red Bull KTM Factory Racing) and Martin. 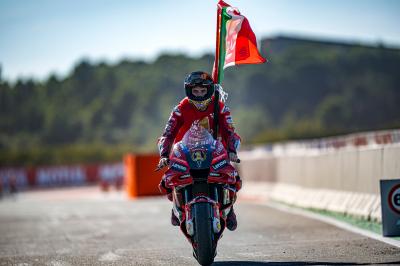