Aussie stunt king Robbie Maddison recently showed you can make a motorcycle ride on water when he surfed in Tahiti (watch the video below), but now everyone can do it with the Gibbs Biski (above).

They convert to jet skis by retracting the wheels and switching to jet propulsion in less than five seconds.

The two-wheel Biski amphibious motorcycle weighs 228kg and is powered by a 41kW, twin cylinder engine capable of 129km/h on land and 60km/h on water. 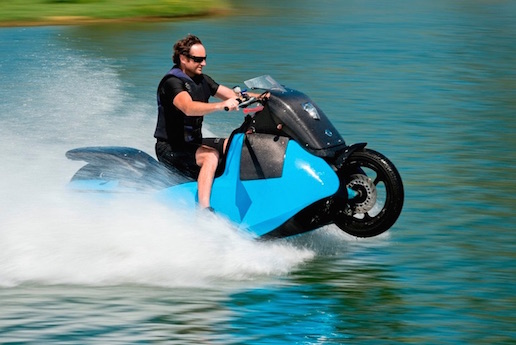 When you press the button to convert, the rear wheel retracts and jets on either side fire up. The front wheel stays locked in place, but lifts above the water at speed, anyway. 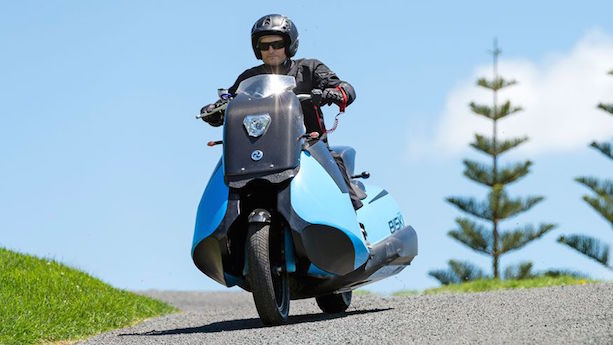 His other new amphibious craft are the Gibbs Triski which is a tilting three-wheeler driven by a 100kW twin-cylinder turbocharged engine with a top speed of 137km/h on land and 64km/h on the water and the Terraquad amphibious side-by-side ATV powered by a 104kW version of the BMW K1300 motorcycle engine. 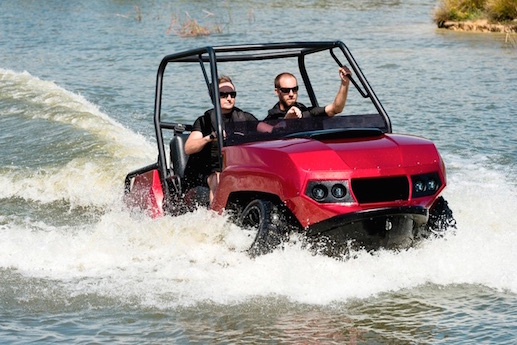 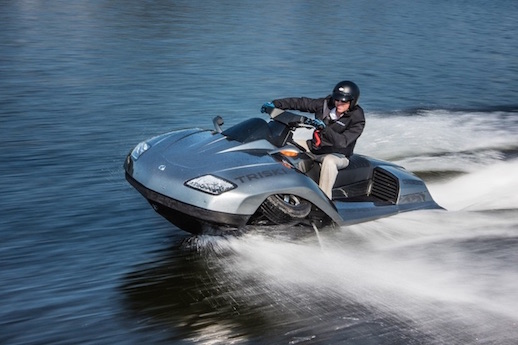 The new vehicles are yet to make it to production, so there are no prices yet.