The 2000s were the decade of the chopper, but the 2010s are the decade of the adventure bike. Nearly every major manufacturer has one or more adventure models in its lineup, and Honda is no exception. Big Red has announced that its existing adventure-styled middleweights, the CB500X and NC700X, will receive “aggressive new styling” for 2016. Next year also marks the return of a legendary Honda model, the Africa Twin, which the company announced last summer. 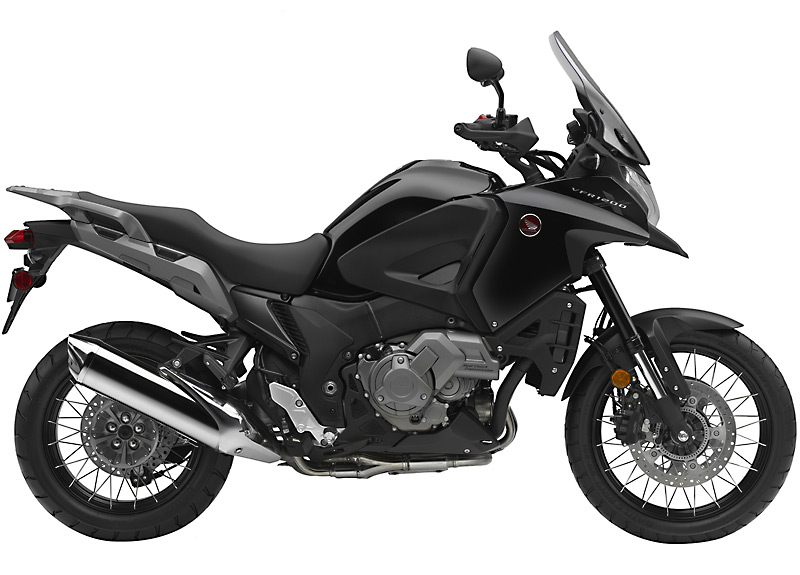 Powered by the same liquid-cooled, 1,237cc, 76-degree V4 engine with 16-valve Unicam valve train that debuted in the VFR1200F, the European version of the VFR1200X is rated at 127 horsepower and 93 lb-ft of torque. Like the VFR1200F, it’s available with a standard 6-speed manual transmission or Honda’s 6-speed automatic Dual Clutch Transmission (DCT). Both versions feature Honda Selectable Torque Control (HSTC), combined ABS brakes and shaft drive. ADV-spec 19- and 17-inch wheels, fully adjustable suspension and a stout single-sided swingarm should be able to handle on- and off-road duties. Other features include a 5.7-gallon fuel tank, a one-hand-adjustable windscreen, handguards and an accessory power socket. 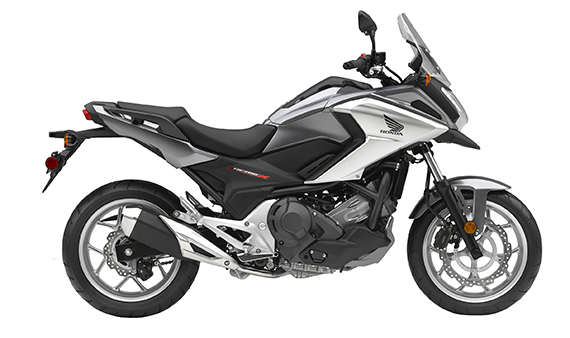 2016 Honda NC700X
Suitable for light adventure touring with only mild off-road forays, the NC700X gets new styling for 2016. Other changes include a 2.76-inch-taller windscreen for more wind protection, a smaller, lighter muffler that’s said to have better sound, an increase from 21 to 22 liters of storage capacity in the “frunk” (the integrated storage compartment where fuel normally goes; fuel is stored under the seat) and the taillight is now LED. Powered by a liquid-cooled, 670cc parallel twin that’s tuned for low-end torque, the NC700X is offered with standard and automatic DCT transmissions. For 2016, the DCT version now has three different sport-mode settings in addition to the standard mode, enabling riders to select shift points that suit riding style of preference. The 2016 Honda NC700X made its world debut during the Tokyo Motor Show in late October and be shown to the American public at the Long Beach IMS. The NC700X will be available in Silver Metallic in April 2016. Pricing is TBD. 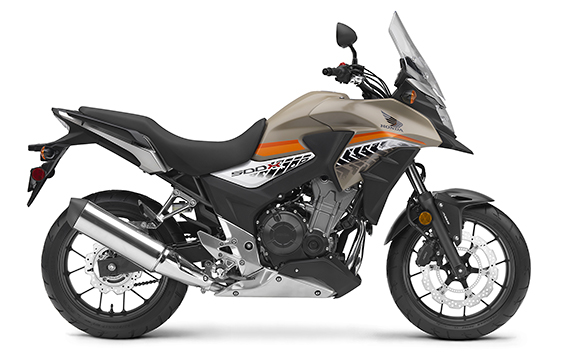 2016 Honda CB500X
For 2016, the adventure-styled CB500X gets new styling with a taller windscreen and some of the same changes as the 2016 CBR500R, including a new LED headlight and taillight, a hinged fuel cap, external preload adjusters on the fork, an adjustable front brake lever and a smoother-shifting transmission. The CB500X is ideal for entry-level, commuter or value-minded riders, with a fuel-sipping 471cc parallel twin and a 6-speed transmission. Like the NC700X, the updated CB500X was unveiled at the Tokyo Motor Show and displayed at the Long Beach IMS. The CB500X will be available in Matte Black Metallic for $6,499. The CB500X ABS will be available in Matte Brown Metallic for $6,799. Both versions will be available in February 2016.