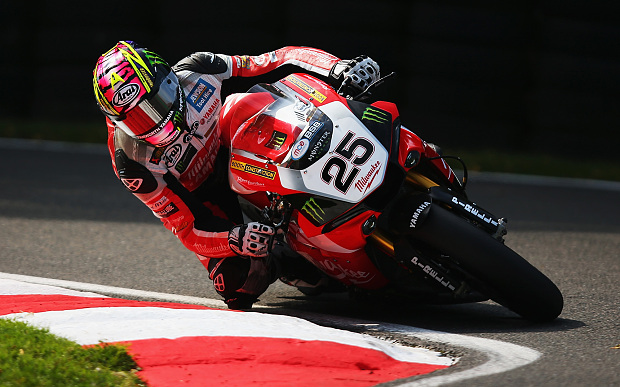 The MCE British Superbike Championship heads to Oulton Park this weekend for the last round of the regular season.

This triple header at the Cheshire circuit will determine the final four places in the end of season shootout; who will join PBM Kawasaki’s Shane Byrne and Millwaukee Yamaha’s Josh Brookes in the fight for the title over the final three rounds of the year at Assen, Silverstone and Brands Hatch.

However, with 75 points available across the weekend’s three races there is every possibility that one of the four could drop out of the top six were they to have a bad weekend.

Ellison and Easton are both set to return to action after enforced layoffs through injury. But it’s Laverty that’s most at risk of missing out on the shootout, as he’s currently in sixth place, just 21 point ahead of Honda’s Dan Linfoot.

At the sharp end, meanwhile, Brookes goes into the weekend on the back of six consecutive wins. The Australian now finds himself leading second-placed man Byrne by 39 points. Indeed, Byrne has struggled of late, managing just two podium finishes during the last six races.

Based on current form Brookes goes into the weekend as the favourite; he is riding with supreme confidence and has his Yamaha R1 working exceptionally well.

He might have only won his first race of the season in round six at Brands Hatch, but he has finished off the podium only once all year, a run he will want to continue this weekend to further consolidate his position at the head of the podium credit standings.

Over in the Motorpoint British Supersport Championship, Luke Stapleford continues to head the standings after winning his fifth consecutive race in the Cadwell sprint. However, he had to settle for second place in the feature race, with Jake Dixon taking the victory.

Stapleford is still 37 points ahead of second-placed rider Kyle Ryde, while Glenn Irwin is a further 34 points adrift in third. But with four rounds and eight races remaining, the championship is far from over.