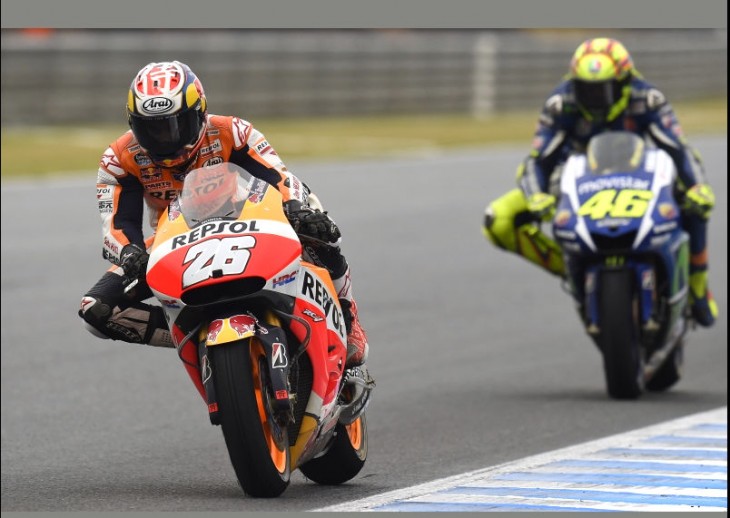 A fascinating race at Motegi today — again one where weather played an important role in the battle for the championship.

Yamaha’s Jorge Lorenzo took off like a rocket on a wet track and built a lead that approached 4 seconds at one point. As portions of the track began to dry, however, front tire wear became a significant problem for both Lorenzo and teammate Valentino Rossi, who ran in second.

In the last third of the race, Honda’s Dani Pedrosa began to post much quicker lap times than the Yamaha duo, and he eventually reeled in both riders to take the win.

In the all-important battle between Lorenzo and Rossi, Rossi overtook Lorenzo to finish second, with Lorenzo third. Rossi therefore leads the championship by 18 points over Lorenzo with three races remaining.

Here is the order of finish, excluding DNFs. For additional details, results and points, visit the official MotoGP site.