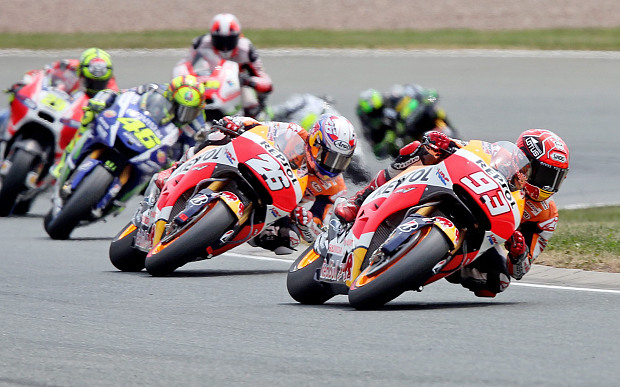 MotoGP returns from its summer break this weekend, for round 10 at the Indianapolis Motor Speedway.

We’re at the midpoint of the season, and it’s difficult to say what has been the biggest surprise up to now: the fall from grace of reigning champion Marc Marquez, or the resurrection of Valentino Rossi, who leads the championship by 13 points from his Yamaha teammate Jorge Lorenzo.

Marquez currently sits in fourth place, 65 points adrift of Rossi. However, he did seem to be back to his best at rounds eight, Assen, and nine, the Sachsenring, finishing second and first respectively.

Has he found his form too late to overhaul Rossi at the top of the table? Well, as one TV commentator said after the Sachsenring, “do the math”. Marquez would have to win every one of the remaining races, with Rossi third or lower. And while this seems highly unlikely, let’s not forget that last year Marquez managed to win 10 consecutive races and 13 of the 18.

In truth, the possible permutations between now and the end of the season are endless. Going into Assen, Lorenzo seemed to be in the ascendancy having won four races on the bounce, closing the gap to Rossi to just one point. But in Holland and Germany he struggled.

Maybe one of the best ways of determining what might happen is to look at how the main contenders performed in the last nine races of last year, which were at the same circuits. The stats definitely make interesting reading.

Of the 27 podium places available from those nine rounds, 21 were taken by the triumvirate of Marquez, Rossi and Lorenzo. Furthermore, between them they won eight of those nine races.

If we then look at the points scored by the three of them over the last nine rounds, it was Lorenzo who came out on top with 166, while Rossi was second on 154 and Marquez third on 137. Intriguingly, if the points were to go the same way this season, the championship would not be decided until the final round at Valencia in November.

Adding the points from the last nine rounds of last year to those gained so far gives us Marquez in third place with 251 points, Lorenzo in second with 332, and Rossi taking the title by a single point. 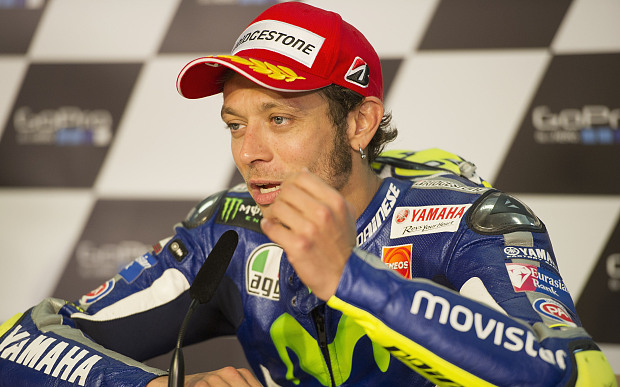 If only predicting the outcome were so simple. There are more than 20 other riders who will influence things, some more than others, and maybe some not in a good way. Three riders in particular stand out as being capable of taking points from the big three.

One is Marquez’s teammate, Dani Pedrosa, who looks to be back to fitness after having surgery for arm pump. Pedrosa, incidentally, was the only other rider to stand on the top step in the last nine rounds of last year.

The other two who could well have a big say in what happens this year are Ducati teammates Andrea Iannone, who currently lies third in the championship, and Andrea Dovizioso. Between them they took six podium places in the first nine races, though Dovizioso in particular has struggled of late.

Looking at the Indianapolis round in isolation, last year it was won by Marquez, with Lorenzo second and Rossi third. A similar result would elevate Marquez to third in the championship, with Rossi and Lorenzo remaining first and second respectively. Marquez was also victorious in 2013, with Pedrosa winning in 2012, suggesting the circuit is more suited to Honda machinery.

Who knows, maybe in a few races time team orders may be brought into play, adding a further dimension to the mix. One thing is for sure, this is the most intriguing, and possibly the most exciting, MotoGP season in quite some time.