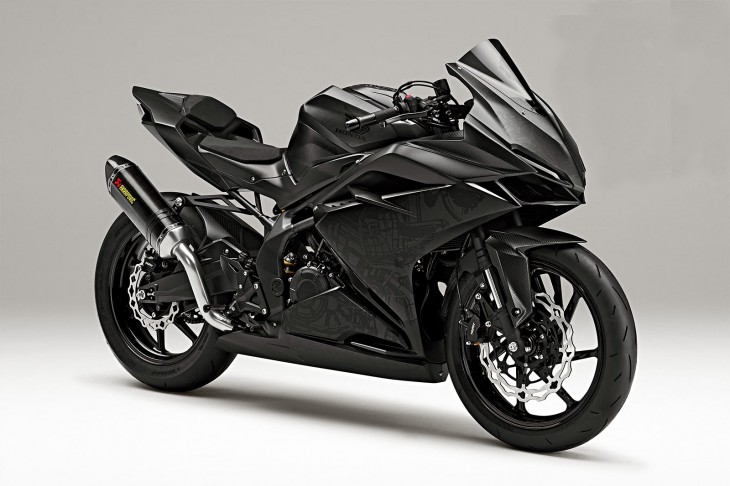 We told you about the “Light Weight Super Sports Concept” Honda will display at the upcoming Tokyo Motor Show. This should lead to a production model competitive with the Kawasaki Ninja 300 and the Yamaha YZF-R3. A Japanese magazine (Young Machine) is predicting the production bike may be called the Honda CBR350RR, which might mean that the displacement creep infecting this category will simply be extended.

For a little context, the 2008 Ninja 250R displaced 249cc, the 2013 Ninja 300 bumped that up to 296 cc, and the 2015 R3 displaces 321 cc. Would it be a surprise that Honda delivers a 350? No. This same bike is likely to displace 250 cc in Asian markets, even if the larger displacement shows up in Europe and the United States. We may hear something official from Honda later this year.