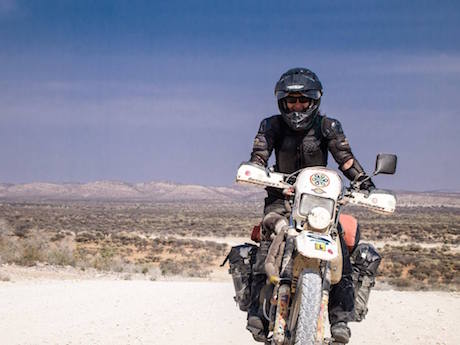 Danielle Murdoch has won the annual Australian Geographic Society (AGS) Young Adventurer of the Year award after four years and nine months riding her Suzuki DR350 around most of the world.

“I hope it’s an inspiration for other women to say ‘I can do this’ and get their bike licence and start riding,” the 36-year-old Brisbane woman says.

“They don’t have to go on an epic adventure like I did, just ride around and discover your home country.”

When I interviewed Danielle in 2012, she was two years into her epic adventure and I was awe-struck by three things: her effervescence, her bravery and how short she was for the tall saddle of her 1999 Suzi.

Almost three years later, she is back from her travels having endured house arrest in Pakistan, been forced to dress like a Kurdish doll in Iran, having an underpants search on the Syria-Jordan border, rocks thrown at her by Ethiopian children and being towed 760km by another rider in one of her eight breakdowns.

But there’s more adventure to come for the plucky web designer. Danielle now wants to ride through North and South America with her partner, Ducthman Mike Martel, whom she met in Africa.

“I went through South America for a month on the back of a friend’s bike so I don’t consider that as part of my journey,” she says. 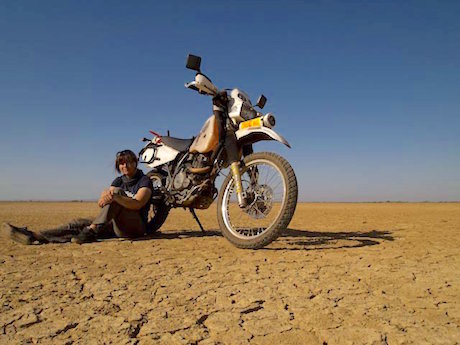 Danielle’s adventurous spirit began as a child listening to her father’s stories about his African adventure in a campervan in the early 1980s.

“I saw his photos and wanted to go and do that. I didn’t know how, at the time,” she says.

“I’ve now spent three years in Arica in total. I really enjoyed that continent and can’t wait to go back and explore more.” 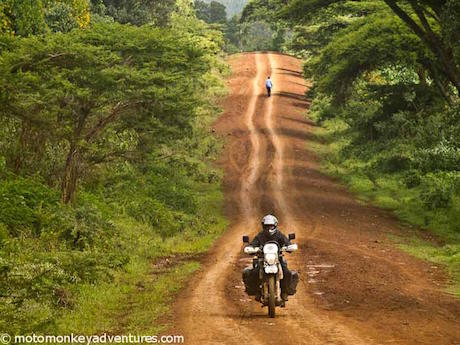 Her own travels began in 2006 when she hired a motorbike in Laos and rode into the mountains only to be escorted out by machinegun-toting soldiers.

The diminutive former office worker followed that with a 27,000km ride from Thailand to Moscow in 2008 and in 2009 she rode 3500km through South America where she was inspired by competitors in the gruelling Dakar Rally.

“I spent a lot of my spare time reading about other people’s amazing life stories and adventures and wanted to forge my own story and make my own adventure,” she says.

“Coming up with the idea to combine travelling alone as a single woman and motorcycles wasn’t easy. Not knowing how to even ride a bike scared me, but as soon as I told someone, that made the idea even stronger.”

In 2010 Danielle became the first recipient of the AGS Nancy Bird Walton grant for female adventurers.

With the support of the AGS, Danielle travelled by motorcycle from Brisbane to Darwin, before transporting her bike by ship up the Indonesian archipelago.

After crossing Sri Lanka, India and Pakistan, she made her way across the Middle East attempting to avoid conflicts along the way. 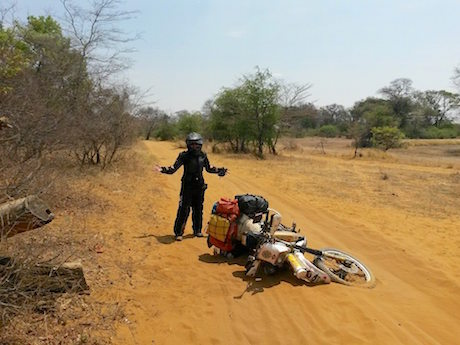 Starting in Egypt, she then motored down the east coast of Africa, where she broke down and had to be towed 760km by another motorcyclist from Tanga in Tanzania to Nairobi “with 10 per cent of that off road”.

In October 2014, four years after she’d left, Danielle completed her epic journey and surrendered her broken motorcycle to customs at Victoria Falls, Zimbabwe.

Her journey spanned 24 countries and she weathered eight breakdowns along the way.

Her Suzuki had its first breakdown in Quetta, “the most dangerous city in Pakistan”.

“Under police guard and dressed like a local woman, I was placed under house arrest for 22 hours a day for my own safety for five days while my bike was consistently worked on,” she says.

“I could feel and hear bombs exploding all around the city.”

Murdoch had more police protection in Iran and believed she was drugged by “a kind caring local guy” before being taken in by a family in Sanandaj.

“One night, while visiting their extended family, I was dressed up like a doll in traditional Kurdish dresses and made to prance around their house in high heels,” Danielle says. 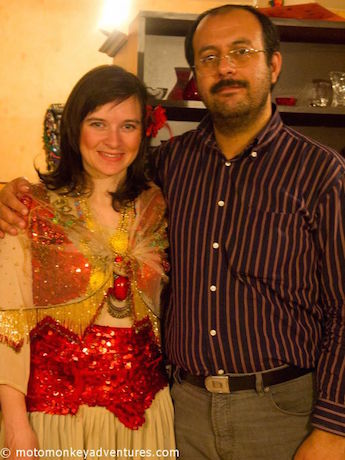 Crossing into Jordan from Syria, she had to hide her laptop down the back of her jacket and her camera in a sock.

“Four hours later and after a close inspection of my underpants, I managed to get through without them finding them but under yet another police escort,” she said.

Children and cows gave her troubles in Ethiopia.

“When the first stone was released from the hand of a small child and cracked against my sunglasses, my eyebrows lowered,” she said. “Then cows started magically leaping off cliffs and landing right in the front of my bike.

“Every time I stopped in a village I was overwhelmed by the whole village surrounding me and my bike all trying to open every bag. I would appoint a local to take care of my bike who would take a big stick and whack anyone who would attempt to come close.” 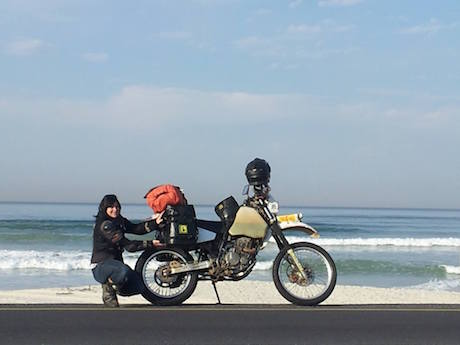 “Harden up, that’s just a holiday,” she said of the actors’ rides.

Despite all the problems with her bike, children, cows, police and border crossings, Murdoch insists she will never finish her adventures.

“One day I’d like to have a house to store stuff that I’ve collected from around the world, but I don’t think I’ll ever settle down,” she says. 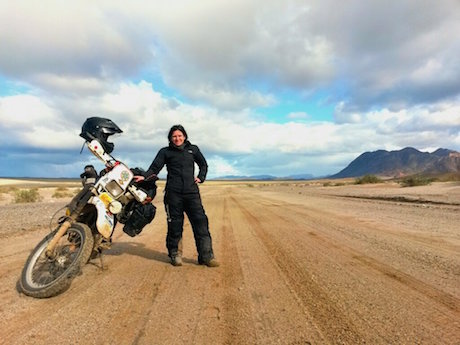