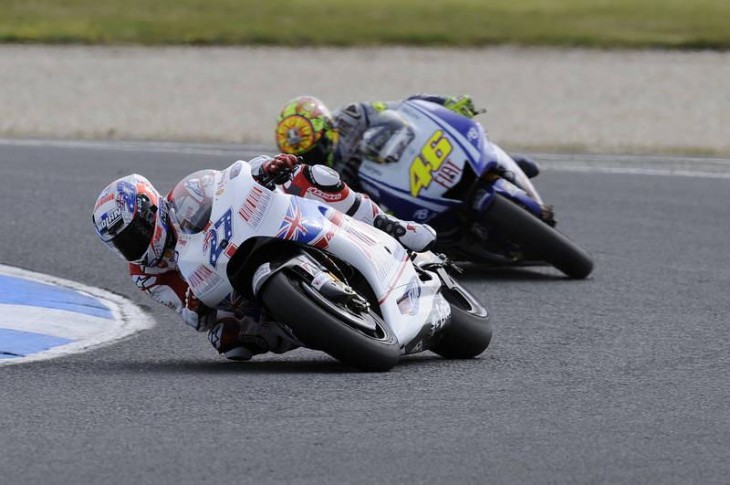 Retired two-time MotoGP champ Casey Stoner, who has been serving as a test rider for Honda for the past several years, is moving over to Ducati effective January 1 according to multiple reports. What started out as a paddock rumor is now being treated as a virtual certainty by some journalists that travel with the MotoGP series.

Stoner’s relationship with Honda may have soured somewhat due to recent events, including Honda’s refusal to let Stoner substitute for Dani Pedrosa during the Austin, Texas round earlier this year, and Stoner’s heavy crash aboard a Honda superbike at the Suzuka 8 Hour race. The Suzuka crash caused some significant injuries to Stoner and resulted from a stuck throttle … something that Honda acknowledged and apologized for.

Ducati might be more liberal when it comes to allowing Stoner to participate as a wild card in future MotoGP races. Don’t expect any official announcement from Stoner or Ducati until after his Honda contract expires on December 31.