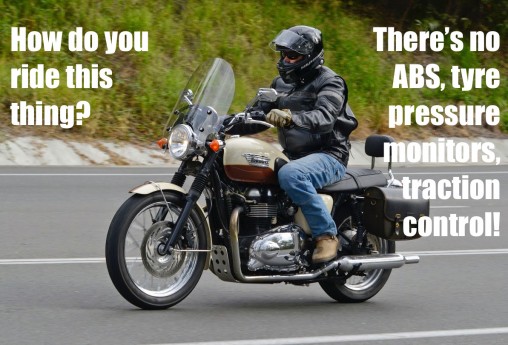 Every motorcycle should come with an alcohol interlock, ABS and other electronic rider aids, while riders should be “lit up like a Christmas tree”, according to a controversial road safety researcher.

He says there should be immediate legislation for mandating ABS, an assisted braking system and “any other systems that keep a motorcycle upright”. 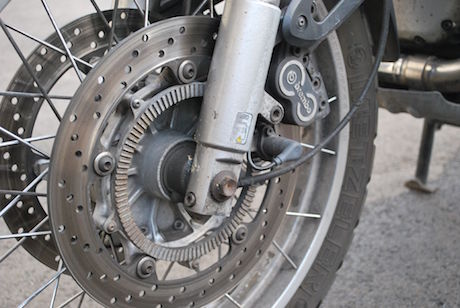 “I currently have an iPhone which, when I turn on, identifies my thumbprint and turns on. I think every single motorcycle should have a thumbprint to prevent illegal riding,” he says.

“I also believe that each motorcycle should have an alcohol interlock because we have seen that alcohol and drugs have a huge effect on the ability of a motorcyclist to stay on their motorbike and also to avoid hazards.”

Toxicological reports from the Australian National Coroners Information System have found that 47% of motorcyclists have consumed alcohol and/or drugs prior to a crash.

“An alcohol interlock should be mandatory for every motorcycle,” the professor says. “From now on any new vehicles that come in should be developed and fitted to these machines.”

However he has recanted on an earlier call for the blood alcohol count (BAC) for all motorcyclists and scooter riders to be set at .02, not .05, as has been done in Sweden.

He now says the Swedish system has not been effective, which is why he is instead calling for alcohol interlocks.

The professor also believes in a technological answer to the old problem of riders not being seen by other motorists – called SMIDSY which stands for “Sorry Mate I Didn’t See You”.

“There is a device called Mobileye, which is now being used throughout the commercial world,” he says. “I have just come back from Chile and every single vehicle has this device. It can pick up a pedestrian, a cyclist or a motorcyclist at considerable distance.

“I think some of these devices will start coming in, particularly at night. Conspicuity at night is awful. I can barely see pedestrians when I am driving around. I think a motorcyclist should be lit up like a Christmas tree so that you can see them.”

He also believes the trend of older riders returning to motorcycling and being over-represented in crash statistics can be dealt with by “some sort of restrictions”. (While the professor has previously suggested speed limiters or governors, he doesn’t mention them here.)

“People are getting older and they have more income, so they like to go back to their earlier years of riding a motorbike,” he says.

“I think it is important that anyone coming back and reinstating their licence or using the vehicle—I do not know how you would police it—but certainly should undergo some form of retraining or relicensing,” he says.

“I think that if a person has not ridden for a long time they need to do that. Riding a bicycle or skiing—for example, I love skiing and hopping straight onto the skis. It takes me a few runs before I get there. I think the same should apply to motorcyclists.

“I think that motorcyclists, before they can get full control of the vehicle, should have some sort of restriction applied there, if they have been off it for a long time.”

The NSW Uni website says the professor has “over 30 years of research and practical experience in crashworthiness and road safety”.

“Raphael has published over 200 publications and supervised numerous PhD and Masters students in the areas of vehicle crashworthiness, occupant protection, roadside barriers and impact loading,” his CV says.