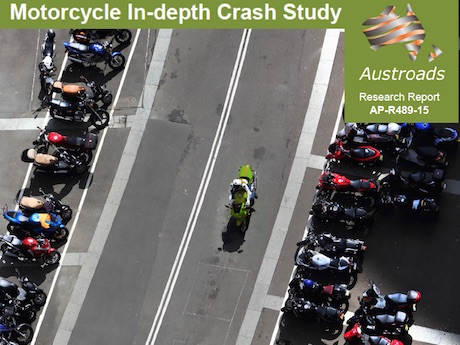 Sportsbike riders, in particular older riders, have greater odds of being involved in serious injury crashes than riders of other types of bike, according to an Austroads study released today. (November 3, 2015)

The leading transport and traffic authority in Australia and New Zealand commissioned the study from Neuroscience Research Australia.

The study also found that riding an unfamiliar motorcycle significantly increased the odds of a crash, riders who rode through a crash location daily had seven times more likelihood of being in a crash, yet route unfamiliarity was also a contributing factor.

Apart from older sportsbike riders, the study found that the older the rider, the lower the odds they were in a crash. However older riders who crashed had significantly longer stays in hospital, a fact that has not been previously reported.

The last Australian in-depth study was conducted in 1997.

Lead researcher Julie Brown says the new study was needed because a number of significant motorcycle interventions have been implemented since the late ‘90s, such as graduated licence schemes, and numerous education and awareness campaigns.

Nueroscence collected crash data from August 2012 to July 2014 across the greater Sydney, Hunter and Illawarra regions with 336 control riders and 102 crashed riders, of which 10 were fatals. 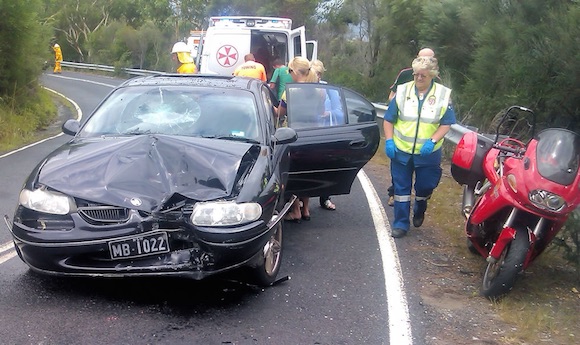 The study found riders who wore more protective clothing had lower odds of being in a crash.

Julie says this suggests that the risk attitudes of riders who wore protective clothing was lower.

“Consistent with previous studies, riders who wore clothing specifically designed for motorcycle use were provided with effective protection against abrasions and lacerations,” the study says.

“However, some motorcycle specific clothing failed to prevent even minor injury. Furthermore, there was little additional benefit provided from impact protectors.

“There is significant scope to improve the quality of motorcycle protective clothing available to Australian riders.”

Most injuries sustained by the crashed riders in the study were minor, and involved the arms and legs. Head injury was uncommon as most riders wore helmets.

The most common causes of injury were hitting the roadway, another vehicle and their own bike. 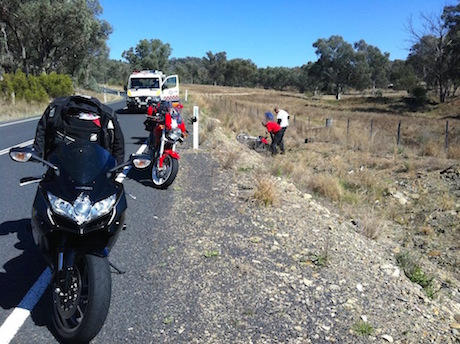 Julie stresses that the study only presented data and did not provide any suggested solutions, only four areas of motorcycle safety that require further examination:

Austroads stands for the Association of Australian and New Zealand Road Transport and Traffic Authorities. It provides governments at all levels with information for formulating policy direction.