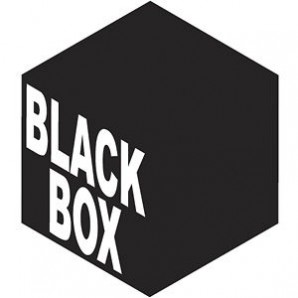 There’s a feature on several new 2014 motorcycles that the dealer probably won’t tell you about unless you ask. It’s called an Event Data Recorder, or EDR, a kind of “black box” similar to those on airplanes, except that an automotive EDR typically only records a few seconds’ worth of data before, during and after a crash. EDRs have been widely used in automobiles for years, but when I first covered them in the April 2005 issue of Rider, none of the manufacturers were putting them on production motorcycles.

EDRs were first used on cars in the 1970s to record data related to airbag deployment purely in an effort to improve safety, measuring basic things like vehicle speed, throttle position, brake and seatbelt status, the severity of the crash (as measured by a change in velocity over time) and airbag deployment. In the growingly digital years since, as airbags, systems like stability control and automotive tech in general have evolved, EDR use and the amount of data they record has expanded.

To date, EDR installation is voluntary and the data is still primarily used for improving safety, but manufacturers and the legal community have discovered other benefits. Fourteen states have passed laws requiring manufacturers to notify buyers that an EDR is present, and specify that EDR data cannot be used without the vehicle owner’s consent. Nevertheless, EDR data has been accessed to prove or disprove liability in crashes and warranty claims, and the courts have used it to both convict and clear drivers in accidents. Safety advocates, law enforcement, the government and insurers all support the proliferation of EDRs, and now there is proposed federal (NHTSA) rulemaking that would make them mandatory in all “light passenger vehicles” as of September 1, 2014.

With few privacy regulations in this draft rule, if it’s passed, privacy advocates wonder how long it will be before data recording times are increased to several minutes, hours or even constant, law enforcement is allowed to access the data to write speeding tickets or make arrests after the fact, and insurers are constantly monitoring our driving and riding habits.

In response, a bill called the Driver Privacy Act (S. 1925) and a more sweeping one called the Black Box Privacy Protection Act (H.R. 2414), are making their way through committee to Congress. If passed, they will provide strict federal privacy safeguards that—at their core—will make it unlawful for EDR data to be accessed without the consent of the vehicle owner or a court order. Both bills include motorcycles, a nice bit of foresight, because the NHTSA EDR mandate does not.

Which makes it all the more interesting that at least five 2014 motorcycles already have EDRs. Honda seems to be the first to have implemented one on a mass-produced motorcycle, the 2006-2014 Gold Wing Airbag model, not so surprising when you think about the original intent of EDRs—to monitor airbag deployment. But the Kawasaki Ninja 300, Z1000, Ninja 1000 and Ninja ZX-6R certainly don’t have airbags, yet all four of these 2014 models have EDRs. Kawasaki says they’re designed to record things like vehicle speed, engine crankshaft rotational speed and throttle opening, but I imagine they record much more, especially on ABS models. Kawasaki was not using EDRs when I asked back in April 2005, but added that its technicians would “like to see some functional recording ability in future products, mainly for judgment on service and warranty issues, not necessarily crash event data.” Welcome to 2014.

The manufacturers do seem to care about our privacy. Honda’s policy is that “any data recorded and retained by an EDR during a crash belongs to the vehicle owner, and access to such data should only be obtained with the consent of the vehicle owner or through appropriate legal means.” Kawasaki states essentially the same—that it “will not share EDR information without obtaining your consent, unless required by government authorities, or acting pursuant to lawful authority.” How much weight these policies carry is unclear—I guess you’ll find out when someone in one of the 36 unregulated states wants your data.

Harley-Davidson, Ducati and Suzuki chose not to comment for this article. However, if they were using EDRs they would probably admit to it like Honda and Kawasaki, because of those 14 states that already require disclosure. The other makers I spoke with (Aprilia, BMW, Indian, KTM, Moto Guzzi, Victory, Star and Yamaha) all said essentially the same thing most did in 2005—that their bikes only record engine and emissions sensor failures, and then only the fact that it was out of its normal operating range, not actual readings over time.

Should we be concerned? EDR advocates argue that if you’re not breaking the law or abusing the machine when an accident or failure occurs, you have nothing to fear from an EDR. And there are certainly plenty of unjust lawsuits and warranty claims against which the manufacturers should use every tool at their disposal. On the other hand, now that the EDR camel’s nose is under the motorcycle tent, how long will it be before insurers make motorcycle EDRs a requirement for coverage, and give themselves access in your policy contract? Will your claim be refused because it was determined you were five mph over the limit when that deer hit you? And shouldn’t we be concerned about a recording device that can’t be turned off, accessed or monitored by the owner in a world that is more and more frequently taking liberties with our privacy?

Sure, maybe I’m overthinking it, but forewarned is forearmed. It certainly can’t hurt to write your member of Congress in support of H.R. 2414 and S. 1925.

(This One Track Mind column was published in the October 2014 issue of Rider magazine.)