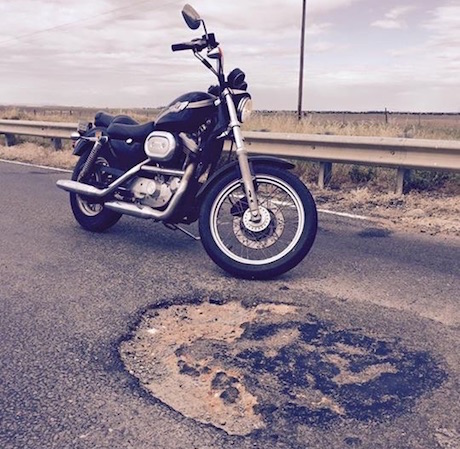 Road maintenance, design and construction is crucial to the safety of motorcycle riders and needs urgent attention, according to Victorian motorcycle advocate Rodney Brown.

The qualified Occupational Health and Safety Representative with the Victorian Trades Hall Council has written to the Victorian Minister for Roads and Roads Safety Luke Donnellan and Member for Macedon Mary-Anne Thomas ahead of a meeting with the politicians on the issue.

It follows the recent tragedy in NSW of a rider dying after his motorcycle hit a large pothole near Canberra.

READ ABOUT THE TRAGEDY

Rodney says planning, design, construction and maintenance of roads is critical for maximising safety for motorcyclists.

“The design of motorcycles and scooters means that they have dynamic stability characteristics that are unique when compared with other vehicles on our roads,” says Rodney who was, until recently, No.1 member of the Motorcycle Riders’ Association of Australia (MRAA). 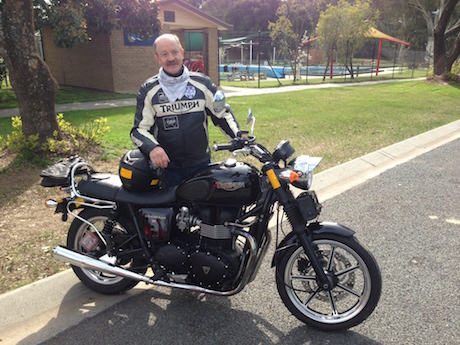 “They are very sensitive to changes in the shape, texture or skid resistance of the road surface, including the presence of water, potholes, ruts or debris on the road.

“The nature and likely consequences of hazards differ significantly for motorcyclists compared to drivers of other vehicles. Something that is of no real consequence for a car driver may present a serious crash and injury risk for a motorcycle rider.”

He calls for fast and appropriate road maintenance to ensure the safety of all road users and for proper warning signs to be posted of hazards.

“Road repairs, maintenance and reinstatement works should be carried out in a timely and effective manner to avoid creating significant hazards for motorcyclists. Adequate warning of hazards should be provided if repairs cannot be made immediately.

“Potholes can be a significant hazard for motorcyclists, and can cause a loss of stability and control.” 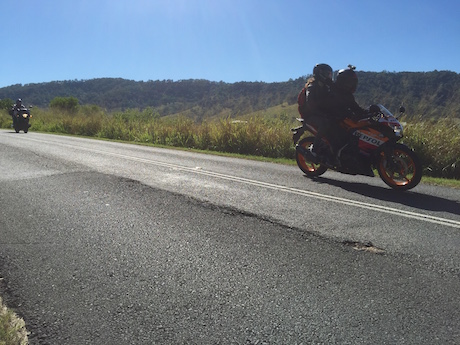 His concerns about road and roadwork standards come as the Institute of Public Works Engineering Australia (IPWEA) has released the first national code for the “Visual Assessment of Road Pavement Conditions”.

He says the code will provide local and state governments with “a true picture of our total roads network, its overall state of health, and how much will be needed to maintain or upgrade it”.

“Until now, councils and state governments have relied upon their own various internal methods of reporting upon the condition of their roads – if it was done at all,” he says. 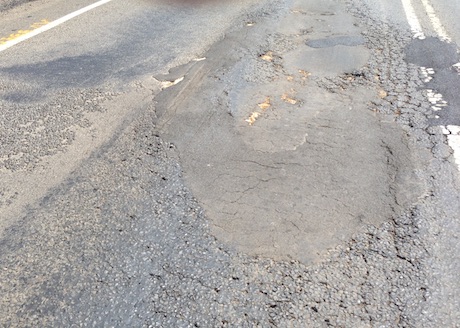 “They lobbied IPWEA to conduct research and to come up with a nationally consistent method of visually assessing the condition of roads whether they were in Mackay, Sydney, Alice Springs or Broome.”

The new national code catalogues more than 100 photos of various road conditions, including both sealed and unsealed roads, and will become the industry reference standard.

Local Government in Australia is responsible for the management of over 670,000km of road infrastructure valued at over $165billion.

“Understanding where the rider will look for these clues and how they influence the rider’s eventual position on the road is a key factor for designers and contractors to consider in making roads motorcycle friendly,” he says.