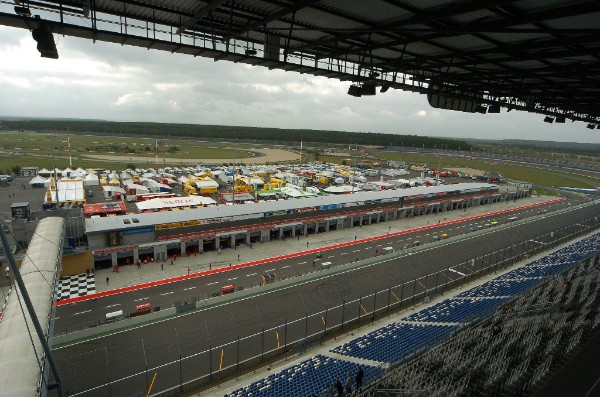 The German venue returns in 2016 hosting a round for the FIM Superbike World Championship.

As part of the 2016 WorldSBK calendar, Dorna WSBK Organization (DWO) is delighted to announce the partnership with Lausitzring in Germany. The circuit will host an official round of the Motul FIM Superbike World Championship with a signed three-year period (2016-2018).

With this important historical venue returning for the 2016 calendar after eight years, German fans will be able to experience first-hand the competitiveness and live experiences onsite of the WorldSBK Paddock.

Over the years, the German market has seen growth and is now one of the main motorcycle markets in Europe, motherland to some of the world’s largest automotive groups such as BMW, whose bikes have been present on the WorldSBK grid since 2008. It was a natural synergy to see WorldSBK return to such a historical and modern race track. WorldSBK last raced in Laustiz back in 2007, where legends like Noriyuki Haga, Troy Bayliss and Max Biaggi all battled for top honours. Since 2001, Lausitz has been host to WorldSBK five times and provided some of the most exciting racing in WorldSBK history.

The 4265m – Lausitzring also known as EuroSpeedway racetrack – is located near the village Klettwitz in the southern part of the Brandenburg state, between Berlin and Dresden. Being one of the most modern circuits in Europe, it is counted amongst one of only four permanent race tracks in Germany, now 15 years old.

Daniel Carrera, WSBK Championship Director: ¨We are extremely proud to have worked hard with the EuroSpeedway Lausitz to bring back WorldSBK to the German market, a venue that has always shown great interest to the FIM Superbike World Championship and to motorcycle racing in general. A three-year agreement helps both parties to plan the future editions with renewed confidence, allowing us to do our best to make the German Round one the best and most enjoyable events on the calendar for fans, riders and teams.”

Josef Meier, CEO Lausitzring: ¨We are delighted to welcome the ‚FIM Superbike World Championship‘ back to Lausitzring from September 16th to 18th 2016 after two years without a German Round. The Superbike World Championship offers the highest level of motorcycle racing and will ensure hard duels and exciting races to our German and European fans. And it will be a good chance for our region to present the ‘Lusatian Lakeland’, the largest landscape of artificial lakes in Europe surrounding the Lausitzring, to worldwide audiences.”