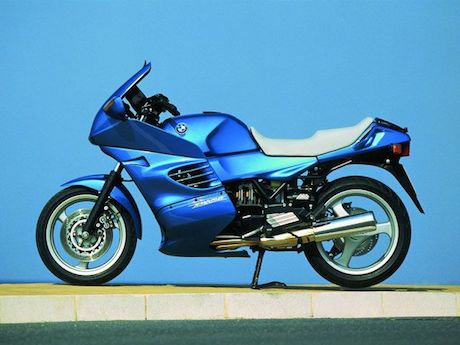 BMW may have won a case against a rider who claims his 1993 BMW K 100 RS bike gave hm a two-year erection, but they’ve also lost a major marketing tool!

Henry Wolf claimed the BMW and his aftermarket Corbin seat triggered his medical condition after a four-hour ride in September 2010. The complaint, filed in the California Superior Court in April 2012, claimed he “suffered” a permanent erection for 20 months.

Last year, Judge James J. McBride threw the case out for a lack of supporting evidence, but Wolf appealed the decision.

Now a 14-page decision by three District Court of Appeal judges that cited Doppler ultrasounds, tumescence and aspiration of the corps cavernous has affirmed the San Francisco Superior Court decision to dismiss the case.

The court had originally accepted testimony from urologist Dr Jack McAninch that the plaintiff suffered from priapism, but rejected the testimony of neurologist Dr Jonathan Rutchik that vibrations from a motorcycle could cause the problem. Wolf’s defence also included evidence from the bike’s former and subsequent owners. We imagine it couldn’t have been too hard to sell!

The new decision found that Wolf’s appeal “fails to comply with the rules of appellate procedure” by failing to cite the relevant cases or statutes, and it “contains no intelligible argument.”

The panel ordered Wolf to pay the defendants’ costs on appeal, a sum likely to be many tens of thousands of dollars.